A Nelson vagrant has won the right to park his horse and cart on the city's streets - for now. 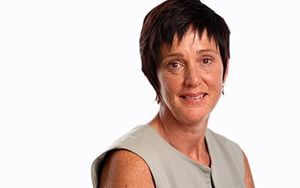 Lewis Reginald Stanton, who is also known as Hone Ma Heke, does not collect a benefit and instead relies on public donations, which he gathers while sitting with his horse and cart in central Nelson.

The council in October won an injunction preventing Mr Stanton from parking in the central city.

But a High Court judge has quashed the injunction, saying it is unnecessary, partly because there is a process and bylaws to deal with parking infringements.

Mr Stanton, 57, said he stayed in Nelson because he could not afford to go anywhere and he wanted the council to stop prosecuting him.

He spent the money on his horse, which he estimated costs him about $1/km for shoeing and about $69 a week for feed.

Mr Stanton used to attend fairs, galas and peace festivals and said he wanted to return to that life, moving from place to place, but could not because of the "propaganda" created through the Nelson City Council.

"I'd like to have my life back, riding around going from place to place, just the same as anybody else has the same rights to be able to have that freedom of movement," he said.

However, council chief executive Clare Hadley said it had tried mediating with Mr Stanton and last year found him a place for him and his horse in the central business district, which he agreed to. He stayed for a week.

The council took the action to try and create a fair playing field for all, Ms Hadley said.

"The reason that we took this injunction is because the council has, as it is entitled to do, created a bylaw," she said.

"It has sought to enforce it by ticketing and Mr Stanton has continually defied that order.

"We have tried to compromise and mediate with Mr Stanton. He's made his own choices and we've been unable to find a resolution other than going back to court."

Mr Stanton's lawyer, Steve Zindel, said it was "time the stubborn attitudes on both sides melt down and we learned to respect each other for who we are".

Mr Stanton is due in court on Friday for breaching court orders relating to almost $9000 in unpaid parking tickets and faces the possibility of jail.