The Government says it will not carry out its own inquiry into the killings of five journalists from Australia and New Zealand in Balibo, East Timor, just before the 1975 invasion by Indonesia. 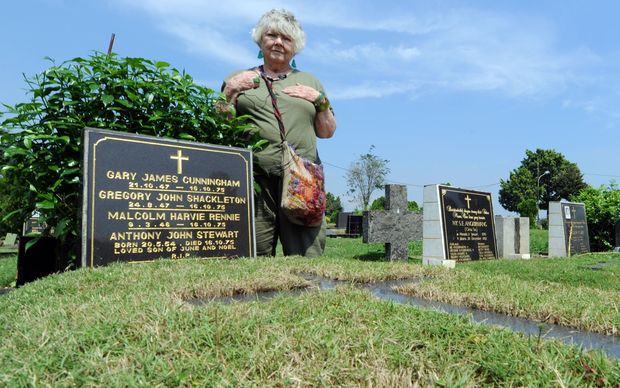 Shirley Shackleton, the wife of Greg Shackleton, stands by the grave in Jakarta where the five journalists were buried (2010). Photo: AFP

Earlier this year, Australian federal police completed an investigation into the deaths of Greg Shackleton, Tony Stewart, Brian Peters and Malcolm Rennie - all Australian - and a New Zealander, Gary Cunningham.

It found there was not enough evidence to prove an offence, despite a coroner's ruling the men were murdered by soldiers.

The New Zealand Government said it had repeatedly raised with Indonesia the issue of justice for the group, known as the Balibo Five, and their families.

Mr Cunningham's son John Milkins said he was disappointed at the Government's decision.

"This chapter might appear to be closed - we're probably going to have a good go at re-opening it - but the book is certainly not finished."

He said it was important to address the killings of unarmed civilians wherever they occurred, and that he would continue to seek justice for his father.

"It's really sad that once again those responsible for the murders of New Zealander Gary Cunningham and Greg Shackleton and his Australian team have escaped with impunity. "

Mr Goff said it appeared nobody would be held to account.