Crown Law has apologised to Bay of Plenty Maori after failing to give them an important report into the wrecked container ship Rena.

The ship grounded on Astrolabe Reef off the coast of Tauranga in October 2011. 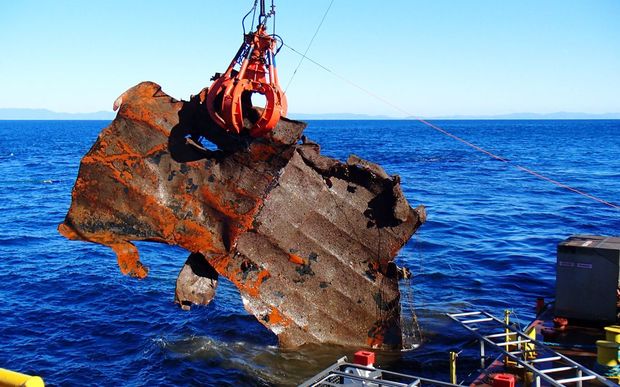 Work is continuing to retrieve container debris from the ocean. Photo: RENA PROJECT

In September this year, Radio New Zealand revealed that the Government had commissioned a series of independent reviews of information the Rena's owners, Daina Shipping Company, had supplied for its resource consent application.

One of these reports suggested that the owners had grossly exaggerated the time and money it would take to fully remove the wreck.

But Crown Law said a Government-initiated review of the owner's cultural assessment by external consultant Grant Young was "inadvertently overlooked" and has only recently been given to affected iwi and hapu.

In a letter signed by Crown Law's Senior Crown Counsel, Matthew Andrews, sent to iwi and hapu he apologises for the delay in providing the report.

Dr Young's review is critical of some aspects of the cultural assessment. For example, the owners' report says leaving the Rena where it is would have a limited impact on cultural values.

However, Dr Young says it is difficult to see how the impact on cultural values could be limited when most of the report focuses on spiritual values which are connected to cultural values.

The owners' report suggests there is debate amongst tangata whenua about what should happen to the wreck. It says most iwi have stated that it should be removed, but it also says there is conditional support for the wreck to remain

But Dr Young's review says that statement is vague. He also suggests the report's writer may be making claims about there being a difference of opinion to try to make the iwi opinion look unclear

Dr Young's review of the cultural values was written to inform the Crown before it made its decision on whether or not it would support the Rena owners' resource consent application.

The Government had this information about the questions hanging over the cultural values report and the other Rena reports before deciding to partially oppose the owners' application to leave most of the wreck on the reef.

Lawyers for two Motiti Island groups now want the Crown to release all drafts of the reports the Government commissioned, and to see to see all correspondence to the report writers before the publications were finalised.

A panel of independent commissioners appointed by the Bay of Plenty Regional Council are expected to hear the resource consent application at the beginning of next year. 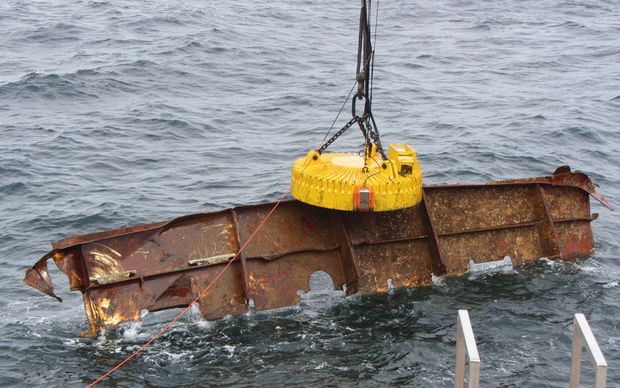 A giant magnet has been used to pull large parts of the wreck from the sea. Photo: RENA PROJECT