Police have lifted the cordon on the Tauranga road where a man was found dead in a driveway this morning. 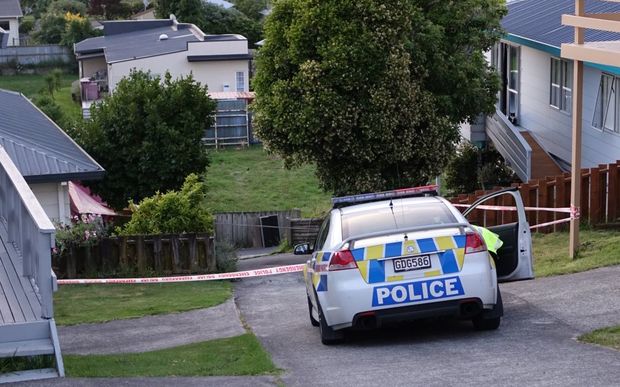 The man's body was found in the driveway of a house in Mansfield Street. Photo: RNZ / Natalie Mankelow

Officers were called to the Mansfield Street house shortly after 9am, after the body was discovered by people living at the house.

Police said the man, believed to be in his late teens, had attended a party at the house next door last night, but they had received no calls to the gathering.

But they said there was a stabbing some distance away, about midnight, and they are investigating whether the incidents are linked.

A homicide investigation is underway, and a post-mortem will be carried out tomorrow morning.

Tauranga Police ask anyone with information to get in contact with them.

The man's name has not yet been released.