The future of items recovered from the shipwreck SS Ventnor is expected to be decided this week. 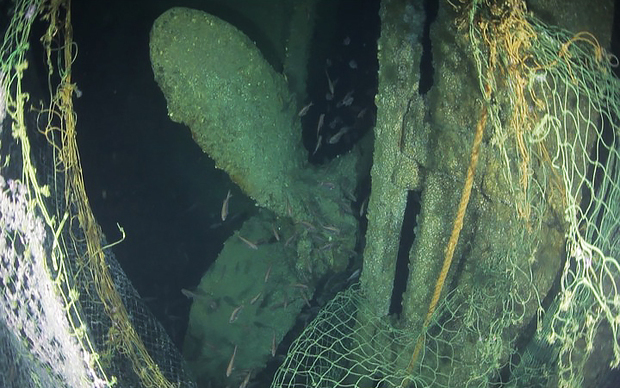 The propellor of the SS Ventnor. Photo: SUPPLIED

The salvage project leader, John Albert has talked to Chinese and New Zealand Government officials about what to do with the artefacts.

The vessel sunk in 1902 off the Northland coast while en route to China with the coffins of nearly 500 Chinese miners on board.

Mr Albert's team does not have the mandate to offer objects from the wreck to any authority, so he asked Chinese and New Zealand authorities for direction.

He expects the decision to be made this week.

The wreck is now under a protection order which was granted in May.

New Zealand Chinese Association president Virginia Chong said the community considered the wreck to be the grave of their ancestors, and it must be respected and untouched.

Meanwhile, a Chinese group wants to ensure the shipwreck is respected and does not become a commercial tourist diving spot.

A spokesperson for the Poon Fah Association which represents the miners, Charlie Ding, said it does not want tourist operators eyeing up the shipwreck.

He said out of respect for the dead, the wreck, which has now been gazetted as an archaeological site, should not be disturbed.