The Moths and Butterflies of New Zealand Trust is warning that the monarch butterfly population is down due to wasps and believes this spells danger for native butterflies. 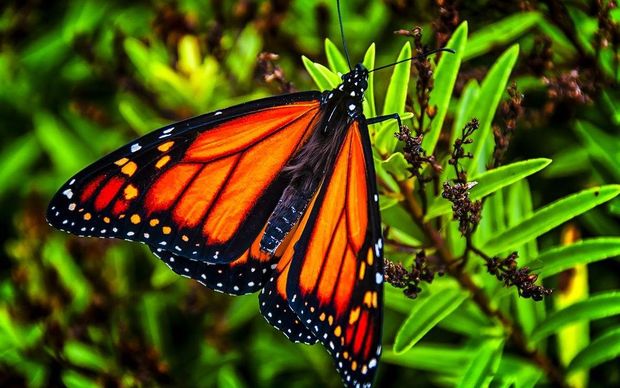 An increase in wasp numbers poses a major threat to all butterflies. Photo: PHOTO NZ

The monarch population is down and wasp numbers and a cool weather snap are key to the decline said trust spokesperson Jacqui Knight.

She said weather accounted for some loss but an increase in the population of wasps was the biggest threat to all butterflies.

Ms Knight said if the monarch was feeling the bite of the wasps so will our indigenous creatures.

"If wasps are attacking monarch caterpillars they'll also be attacking other insects and other moths and butterfly caterpillars and we don't want to lose anything. Once a species is lost it's gone forever."

Ms Knight said wasps picked off the monarch caterpillar and killed it by using their jaws.

Lepidopterist Brian Patrick said butterfly fauna was heavily dependant on human actions if they were to survive.

"There are many moths and butterflies that are threatened with extinction even before they are described."

Ms Knight urged people to rid their properties of wasp nests to aid the monarch.