A trust from a small island off the coast of Tauranga is claiming victory after successfully fighting to have the spelling of its turangawaewae corrected in some official documents. 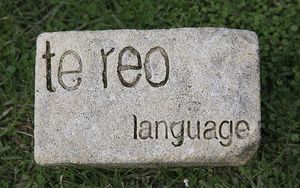 The Environment Court has said there are no macrons in the spelling of Motiti Photo: PHOTO NZ

An Environment Court judge has ordered the Bay of Plenty Regional Council to correct the spelling of Motiti Island in its Regional Policy Statement.

The Motiti Rohemoana Trust is deeply offended at what it said was the constant misspelling of the island's name.

Motiti without macrons is a contraction of the words 'motu-iti', or 'small island'. But with macrons on every vowel it becomes 'burrow for muttonbirds'.

In an oral judgement issued last week and given to Radio New Zealand, Judge Jeff Smith clarified that there were no macrons or extended vowels. He directed the council to ensure that its regional policy statement reflected that.

Trust chairman Umuhuri Matehaere said it was a major victory. It might not please everyone -but as far as tangata whenua were concerned, Motiti had no macrons, he said.

But Bay of Plenty regional councillor Te Awanuiarangi Black said he had carried out a consultation meeting with about 20 elders who think the word should have macrons.

Mr Black, a Maori Language Commissioner, said it appeared the elders' view was not taken into account by the court.

He said he was not sure if expert linguistic advice was used, but thought the courts should not make rulings without seeking it. He believed it could create a precedence for courts determining what is correct Te Reo and what is not.

Mr Black said there was another meeting planned with more Motiti Islanders next week. However, he said he did not know if that would go ahead or what the council would do about the judge's direction.

One of the Motiti elders, Nepia Ranapia, said the word should have macrons and the kaumatua made their views clear to the council. He said they felt as if they had been overruled by the judge and could not do anything.

Mr Ranapia said the Motiti Rohemoana Trust only represented four families, when there are about 200 whanau from the island.

The trust said it was the only body to have made its argument in court.

The New Zealand Geographic Board spells the place name without macrons. But the entry on the board's New Zealand Gazetteer said it was not an official name.