A New Zealand immunisation expert fears New Zealand could experience more measles outbreaks because many young adults and teenagers are not being vaccinated. 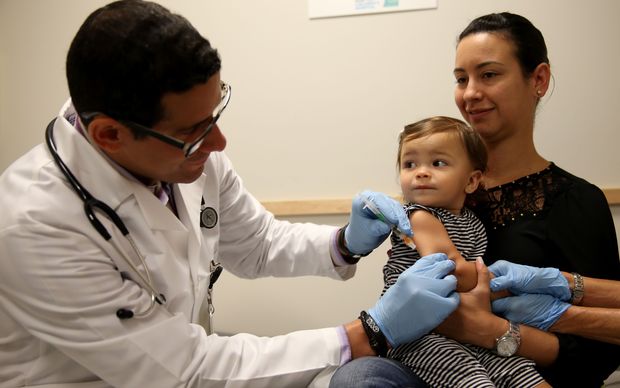 A two-year old being vaccinated against measles. Photo: AFP

Twelve people remain in quarantine for measles after being on a flight from India with a 15-month-old boy carrying the disease.

The World Health Organisation said the battle against measles around the world had stalled due to problems with vaccine coverage and death rates were going up.

She said the fact there were many people in New Zealand who had not been vaccinated, meant there was a greater risk of an outbreak when cases came in from overseas.

"So there are quite a few people out there in the New Zealand community who have not got vaccinated against measles and they're at risk of imports, and we do still see cases where a case is brought into New Zealand and then it can spread amongst people who aren't immunised."