Geologists drilling deep into the heart of the Alpine Fault are hoping to unearth important information about what goes on before a major earthquake. 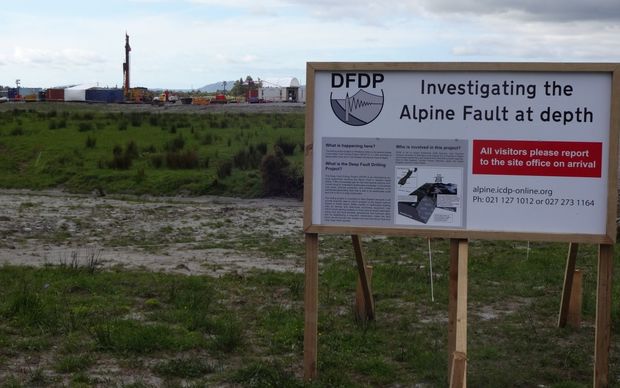 An international team of scientists has set up a drill site in the Whataroa Valley, north of Franz Josef Glacier, to drill deep into the Alpine Fault. Photo: RNZ / Veronika Meduna

An international team, led by New Zealand scientists set up camp in the small West Coast town of Whataroa to drill 1.3km deep into the South Island's high-risk fault.

While other projects had drilled into plate boundary faults after large earthquakes, the Deep Fault Drilling Project represented one of the first attempts to probe the inside of a major fault before it ruptured.

The Alpine Fault, which runs for 650km along the spine of the Southern Alps, ruptures on average every 330 years, producing an earthquake of about magnitude 8.

The last time it did this was in 1717, when it produced about 8 metres of horizontal movement.

It now had a 28 percent probability of rupturing in the next 50 years, which was high by global standards said one of the project co-leaders - GNS Science geologist Rupert Sutherland.

"The Alpine Fault is a special place globally if you want to understand earthquakes.

"We know that it fails approximately every 330 years in an earthquake so that means it may not fail in the next 30 years or even 100 years but it is at the end of its seismic cycle.

"The state of the fault now is the state before it ruptures."

To develop good models of earthquake processes, Dr Sutherland said a "before and after shot" would be needed - and that was exactly what the team was hoping to achieve.

Despite technical difficulties that had delayed the drilling, the bore hole was now almost half a kilometre deep, and geologists had been able to collect data as they went.

One surprising, but preliminary, finding was that temperatures of rocks and fluid at depth were unexpectedly high.

Dr Sutherland said that at previous, much shallower, bore holes temperatures also rose with depth, but this time the increase was significantly higher.

Temperature was only one of many measurements the team was collecting.

"We have a number of different technical and scientific objectives in the project.

"The first one is to sample the rocks so we can do experiments on them and to simulate earthquakes."

The team was also tracking fluid movement and changes in pressure, because scientists thought that fluids may play an important role in initiating the first slipping movements as an earthquake began.

"It seems from many different observations from around the world and from our study that there is an important interplay between fluids and rock," Victoria University seismologist John Townend said.

Dr Townend, who was also a co-leader of the project said: "In part the character of the rock is what controls the flow of fluids throughout the Earth's crust but the resulting changes in pressure weaken the rocks." 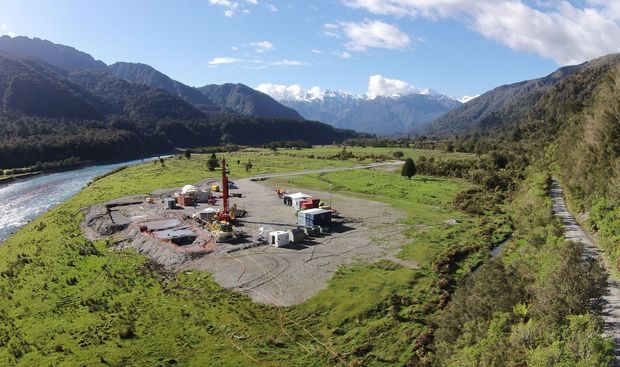 "Everybody knows that there's a big difference there and the same thing is true for faults.

"The fluid pressure down there does change the effective strength of the fault."

At the moment, geologists were analysing rock chips that came up from the bore hole to guide them about how close they are getting to the actual fault zone, which they expected to reach at about 1000 metres in depth.

As they got closer, they would change the drill to begin extracting cores of rocks to study the geophysical conditions, or the architecture of the fault.

Project co-leader and University of Otago geologist Virginia Toy hoped that the rock record would help predict what kind of earthquake the Alpine Fault would produce in the future.

She said earthquakes that generated high-frequency ground shaking could cause extreme damage to buildings and infrastructure.

"that's what happened in the Christchurch earthquakes.

"But other earthquakes release just as much energy or more, but because the frequency of the waves might be distributed over a broader range, they don't cause as much shaking and damage." 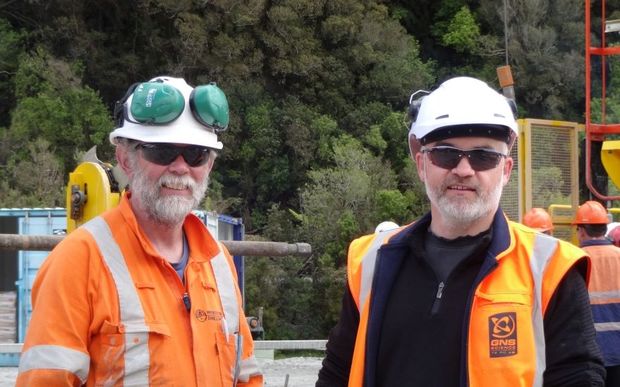 "I think that it's possible by looking at the rocks that were affected during the generation of those sorts of earthquakes.

"And combining this with our knowledge of the actual style of earthquakes, that we might find some systematic relationships between observations of fault rocks and the actual earthquake that was generated."

Ultimately, the team planned to install high-tech equipment in the bore hole for long-term monitoring and remote data gathering.

Dr Sutherland said the research would improve hazard management planning in New Zealand, and perhaps even help to develop an early warning system - "a few seconds so that you can stop a train or turn down a power plant".