The Reserve Bank is not about to lift restrictions on home lending as it is worried an unexpected surge in immigration could fuel house price inflation.

In its November financial stability report the bank said its restrictions on lending to households with low deposits were working but now was not the time to drop them. 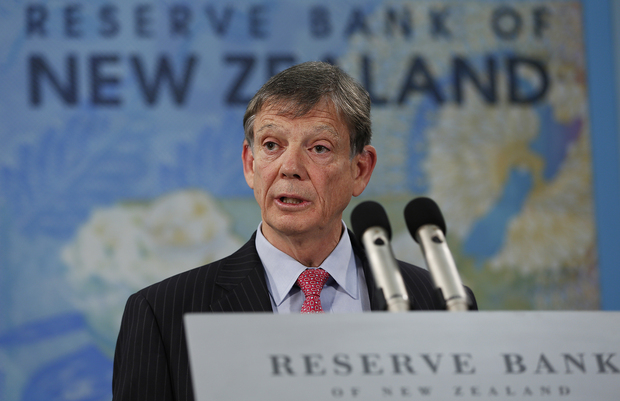 In the report, the bank said the financial system was in sound shape and that new lending to households with small deposits had fallen from 24.4 percent of all new home lending a year ago to 7.3 percent by September this year.

"There remains a risk of a resurgence in house price inflation especially with the strong immigration flows. Consequently we don't consider it appropriate to ease LVR (loan-to-value ratio) restrictions at this time," Mr Wheeler said.

He said two years ago net immigration was virtually zero but in the year to this September it had surged to 45,400.

"The migration has been a surprise and we've been looking at the market accordingly and thinking about the risks. Were these LVRs to be reduced in some way, perhaps phased out over time, what would be the price response at this point in time with such strong migration?"

Mr Wheeler said the increase in arrivals had not pushed up house prices. However, between 2003 and 2007 New Zealand had the highest house inflation of all the developed nations, and that was largely due to strong immigration at that time.

Mr Wheeler said it was clear the lending restrictions, combined with rising interests rates this year, had helped rein in house price inflation.

He said had the Reserve Bank not introduced its LVRs to restrict how many loans trading banks could make to people with less than a 20 percent deposit, it would have had to increase interest rates by up to another 0.5 percent.

"What's absolutely critical is that we get housing supply increased in the country," he said.

"It's encouraging, as I say, to see what's happening in Auckland with the increase in housing permits but it's still a long way short of where it needs to be."

"The dairy debt is roughly around $33 billion and roughly half of it is...owed by 10% of the farmers," he said.

Mr Wheeler said despite worries about dairy farm debt, the Reserve Bank had not considered imposing restrictions on farm lending.

Real Estate Institute chief executive Helen O'Sullivan said it was surprised LVR restrictions had not eased, and indications on when that might happen needed to be signalled.

The institute had not expected the restrictions to be lifted entirely but there had been indications it would ease.

Ms O'Sullivan called on the bank to signal what was needed for the restrictions to come down.

"I guess we don't want to be wondering each time a release comes out whether something will be in it or not," she said.

"It's not helpful for long-term planning, and I guess the concern is around the signals that's sending to developers who might be considering building and entering the market."

First home buyers and the regions had been hit the hardest, Ms O'Sullivan said.