Tauranga-based Sunair Aviation says it will replace Air New Zealand's services to two towns after the national airline yesterday announced flights to some areas are to end.

Air New Zealand said it would be stopping services to Kaitaia, Whakatane and Westport because they were underused and becoming too costly to run. 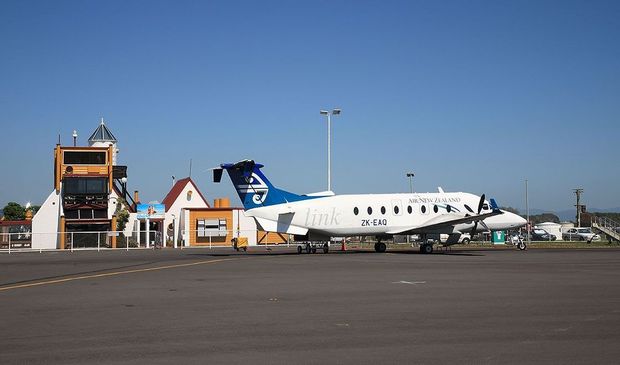 Seven of its regional routes would be cancelled between April next year and February 2016, but as three of the towns are single route ports, they would lose commercial flights completely.

Sunair Aviation said today it would operate return flights from Kaitaia and Whakatane to Auckland twice daily using a 12-seater plane. Fares would be be similarly priced or slightly lower than current ones.

A director, Beverley Power, said the small operator wanted help from councils of both towns in negotiating with the airports.

"Really, we're looking at just dealing with airport charges, finding out about facilities - that sort of thing - whether or not they could support us in any way with marketing."

Sunair could fly more frequently to the towns, depending on demand, she said.

AirNZ's actions had frustrated a group Mr Hayes was leading to restart flights out of Masterton.

"In their dealings with us here, they just basically said 'we're pulling out'," he said.

"We tried to engage with the CEO, the chairman of the board, and just got told to get lost."

Masterton was yet to strike a deal with another airline after AirNZ pulled out of the town earlier this year.

'Nail in coffin' for regions

Businesses say losing Air New Zealand flights to Auckland and Wellington is another nail in the coffin of the regions.

Kaitaia businessman and president of Farmers of New Zealand, Ian Walker, said the loss was a hit to the Far North that the area did not deserve.

"New Zealand in general has tended to centralise services in the main centres and the regions have been suffering for decades and this is yet another nail in the regional coffin. It's very disappointing, but frankly, I'm not surprised."

Mr Walker said flight times were too late in the day for businesses, and he and others regularly drove to Kerikeri to take earlier flights that reached Auckland in time for morning meetings.

Westport farmer Bruce Hamilton has spent eight years at the Buller Community Development Company. He said losing services to the West Coast would have an impact, but again, the flights were at the wrong times, and it was better to fly from Nelson - 222km away.

"You're (spending) at least one night and more often than not, two nights, just to achieve a day's meeting, so most people tend to drive to Nelson simply because the service provided by Air New Zealand doesn't suit business purposes. I think it's one of the reasons they've struggled to get the patronage."

Air New Zealand said customer demand could not sustain the routes operated by subsidiary Eagle Airways which it said had lost $1 million a month for the past two years.

However, Air New Zealand has seen its own takings soar, and in August announced a 45 percent rise in annual net profit to $262 million.

Steve Barton, a financial adviser in Whakatane, which will also lose its services completely, and said it did not seem fair.

"It's really disappointing with an airline that is largely Government-owned, [that it] cuts out services to provincial centres, which have traditionally been the lifeblood of the New Zealand economy.

"A Government-driven initiative would effectively have to be a subsidy and I can't see the Government giving Air New Zealand a subsidy when they're making record profits."

But the Eastern Bay Chamber of Commerce was more upbeat. Chief executive Gerard Casey said although he was disappointed, he hoped the loss turns into an opportunity for others.

"Someone may see an opportunity and say they weren't prepared to fly here because Air New Zealand had that route, and there may be some entrepreneur who's sitting there saying well, you know, I can go in there now and start working in Whakatane."

Air New Zealand said 12 towns and cities would benefit from the changes it was making as it expanded capacity on some routes, and that regional airfares should fall for these customers by about 15 percent.

Meanwhile, unions and Eagle Airways managers will start to work out what will happen to the airline's 232 staff, some of whom may be employed by Air New Zealand.

Prime Minister John Key said the revamp of Air New Zealand's regional air services should be positive overall as the regions should see lower airfares and larger aircraft under the new plan.

However, he acknowledged that the national carrier's axing of unprofitable routes to Westport, Kaitaia and Whakatane would be frustrating to people and firms in those towns.