The 96th anniversary of the signing of the armistice marking the end of World War I has been commemorated at ceremonies around the country this morning. 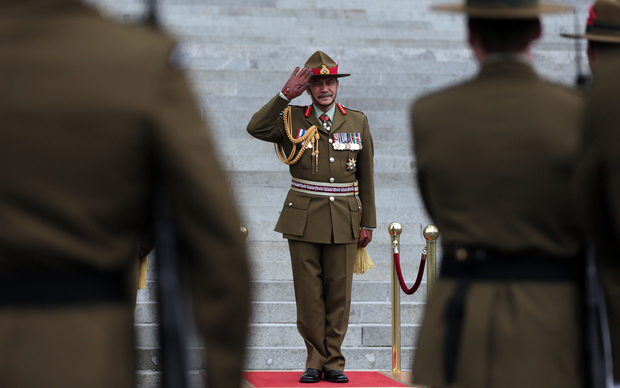 At the 11th hour of 11 November 1918 the guns fell silent across the Western Front, on the day now know as Armistice Day, or Remembrance Day.

Two minutes silence was observed at Parliament at 11am following a wreath-laying ceremony led by Governor-General, Lieutenant-General Sir Jerry Mateparae.

Wreaths were laid inside Parliament's Legislative Council Chamber and the Governor-General was given the Royal Salute by a New Zealand Defence Force Guard of Honour.

In Hamilton, about 50 people gathered at the Cenotaph to remember those who made the supreme sacrifice in WWI and in conflicts since. Chaplain, the Reverend Bob Short spoke of the cost of war to this country.

"What a price they paid, many dead, many wounded, many to return to this country broken in spirit, suffering from what they had observed and shared in on the many battlefields.

"We reflect with pride on their courage, their honesty and their comradeship, their achievements in battle to maintain and improve the quality of life and living throughout the world."

About 500 people gathered at Auckland's War Memorial Museum to mark the occasion. 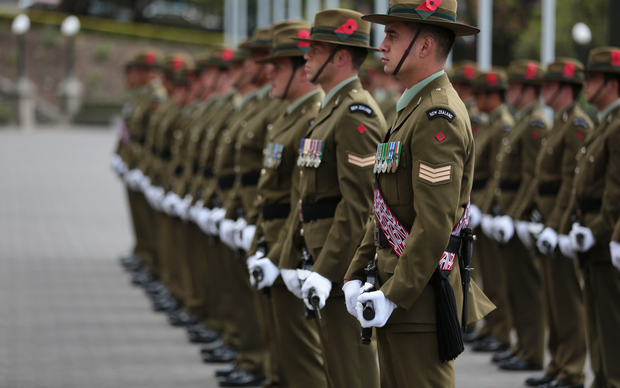