At a meeting last night councillors voted 13 to two to allow local developer Mark Dunajtschik to build the venue as part of a five-star Hilton hotel near the city's waterfront. 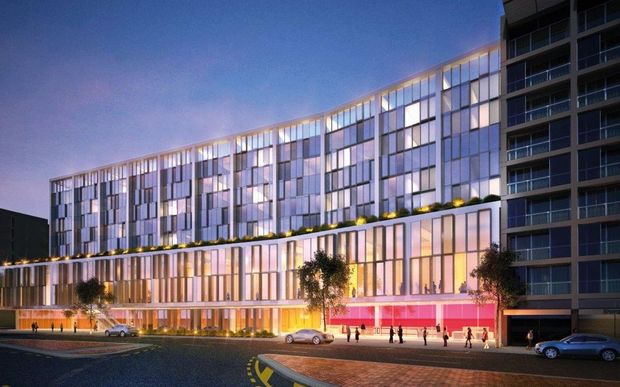 The 4400 metre convention centre and the hotel would sit opposite the national museum, Te Papa.

The council will lease the convention centre attached to the hotel for 20 years for $2.1 million a year, taking any profits.

"Someone once said Wellington is dying and we don't know how to turn it around.

"Tonight's decision, however, shows that Wellington City Council does know how to turn it around but most importantly we're also putting a stake in the ground and doing something about it."

Councillor Simon Marsh said a new venue, without a projected $55 million bill payable by the council, was too good to pass up.

One of the council's main reasons for wanting the convention centre was that similar venues were already being planned in Auckland, Christchurch and Queenstown.

The capital's exisiting convention venues generated $146 million a year, but once other cities' centres were operating the council projected that would fall by nearly 20 percent.

Councillor Andy Foster said that would mean the city was left behind.

"Do we even want to be in the race? And if we don't support this then effectively we're saying white flag, we're not in this race," he said.

"We will concede all that activity, all that revenue, all those jobs, to the other parts of New Zealand.

Ms Free said she thought it was too soon to green-light the project.

"It comes down solely to the effect on rates and the fact that I don't think for the significance of this decision that consultation's actually been sufficient," she said.

"We have to really progress with the design of the structure, and of course negotiate with the builder. So there's many things to be addressed which were held up until we knew whether we had the go ahead or not."

Ms Coughlan said rates rises would be minimal at about $12 a year on a property worth $500,000. She hoped building would begin early next year.