The Auckland Council's 10 year budget juggling act remains on track but ratepayers are likely to stump up more than expected.

The first concession in a day-long debate on the draft Long Term Plan came from mayor Len Brown who gave up his hope of keeping next year's overall rate rise at an average 2.5 per cent. 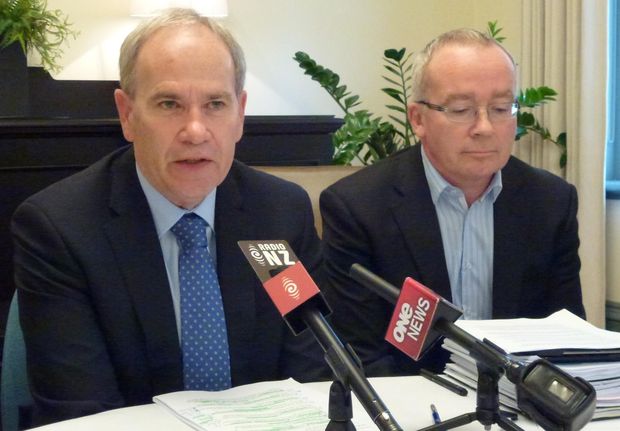 Councillors worried that too little could be achieved in their communities pushed the proposed 2015/16 rise up to 3.5 per cent, and agreed to sell $20 million of non-strategic assets each year.

Auckland Council chief executive Stephen Town said agreement would be reached with Local Boards on how the proceeds of the sales would be spent. The $20 million target firms up a sale programme already under way, which has included surplus land going to affordable housing projects.

A further revenue boost would come from the decision to inflation-link the Development Contributions paid for each new home or commercial premises built. The council's levy was currently about $18,500.

"We've squeezed the budget as hard as we can," conceded Mr Brown after the vote. "We will continue to do so, but we would need to find another $14 million in savings if the rate was to be 2.5 percent."

The most heated debate centred on the place of the $2.4 billion City Rail Link project, which is due to begin in 2016.

Councillor George Wood failed in a bid to halt any further capital spending, while Cameron Brewer and Linda Cooper sought to pause the project after initial works at the lower end of the city were completed, until a formal commitment was made by the Government to help fund it.

The Government so far has backed the project, but with funding starting no sooner than 2020. About half a dozen councillors expressed worries about Auckland Council's ability to fund the project until then.

Chief executive Stephen Town said the council has another review of its Long Term Plan in three years' time - and by then a business case is due to be agreed with the Government.

Mr Town said the council could at that point reconsider the Government's position, and its impact on future years' spending. He said construction is funded by borrowing, and does not affect how much money the council has to spend in other areas.

The controversial plans to raise a further $300 million a year through either motorway charges or from higher rates and petrol taxes will also go out for public consultation next year.

The council is considering the feasibility of a referendum, although the mayor and several councillors believe the complexity of the topic would not suit questions seeking a simple choice.

Discussion to finalise the draft Long Term Plan continues on Wednesday, with the draft ready for public consultation starting at Christmas.