The taxpayer will fund a civil case against parties involved in the Pike River mine disaster, if its advisors believe such a case could succeed, Prime Minister John Key says.

Mine owner Solid Energy told families at a meeting in Greymouth this morning the company considered the risks to life remain too high to re-enter the mine drift in an effort to recover the bodies of the 29 men who died there on November 19, 2010. 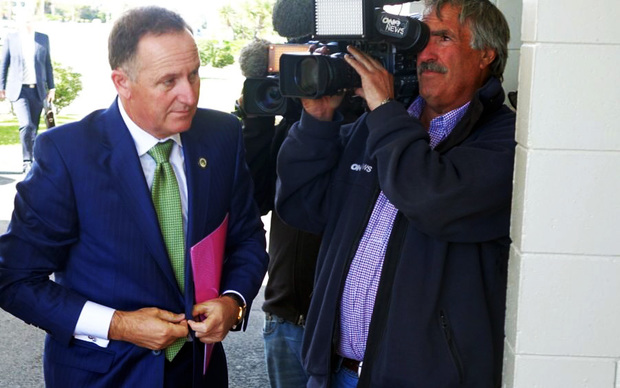 Mr Key said at a press conference after the announcement any further criminal proceedings would be extremely difficult. However, a civil case could be a possibility and the Government would ask Crown law to consider it.

"If, on balance, the Crown law opinion says it may be possible to take those proceedings and they may be successful, we'll share that opinion with the families," he said.

"If we can do that, we will do that, and the taxpayer will pay for that."

However, there was no guarantee a civil case would proceed, Mr Key said.

Colin Smith, the lawyer for the Pike River Families, said he was taken by surprise by Mr Key's pledge to consider a civil case.

"We're certainly pleased that the Government's going to take the step of looking at, through a legal expert, whether civil proceedings can be taken," he said.

"That's a good step. It was a surprise but it was a pleasant surprise."

The entrance to the Pike River mine. Photo: RNZ

Carol Rose, whose son Stuart Mudge died in the mine, told Checkpoint finding out what caused the explosion was still important to the families.

"We know that it was a gas explosion and we know that the gas readings were through the roof.

"So how the explosion occured really is irrelevant. The fact remains that there was so much gas in the mine and yet they didn't bring the men out. They had two weeks to do that."

The families had wanted to re-enter the mine's drift to get evidence to try to force the police to re-open their investigation into the disaster, Ms Rose said.

"There was always a possibility that there might be bodies in the drift but that wasn't why we were pushing for the re-entry.

"To get into the drift, we were hoping to get some evidence that would reopen the police investigation so that they could bring charges." 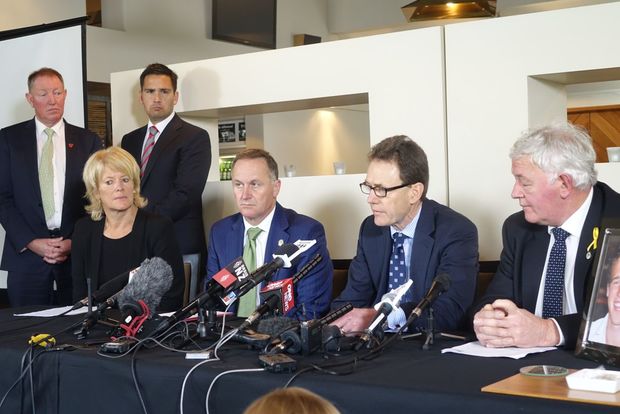 Anna Osborne, whose husband Milton was among 29 men killed in the West Coast mine, said families felt like they had been slapped in the face by Solid Energy, former owners Pike River Coal and the Government.

"There's just been no justice for us, I mean to not be able to have my man home and for no-one to be held to account over this - what's wrong with our justice system."

Laurie Drew, whose son Zen died at Pike River, said there was still no clear indication of what would happen with the mine now the owner had said it would surrender its mining permit.

"We know this decision will be very disappointing to the family members and friends of the men who died in the mine," board chair Pip Dunphy said.

"However any further loss of life in this mine is unacceptable and any possibility of other families having to go through what the Pike families have suffered is not something our board can support."

The company said now it had reached its decision, the board had decided to surrender the Pike River mining permit. 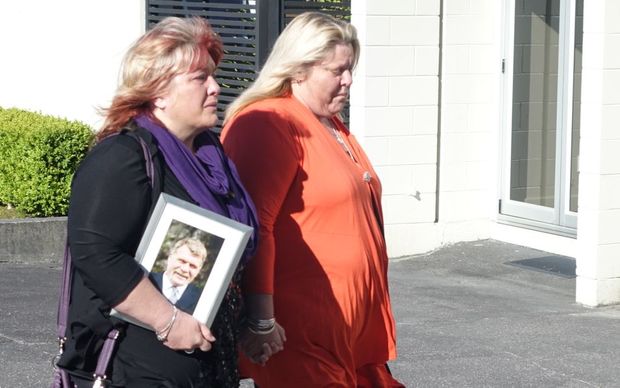 Anna Osborne (left), arrives for the meeting carrying a picture of her husband Milton who died in the mine. Photo: RNZ / Patrick Phelps

Twenty-nine men died after a series of explosions at the West Coast mine in November 2010.

Since then, a number of the families have fought to have the main entrance re-opened so Mines Rescue staff can get to the 2.4 km drift leading to the mine proper, in order to try and recover any remains. 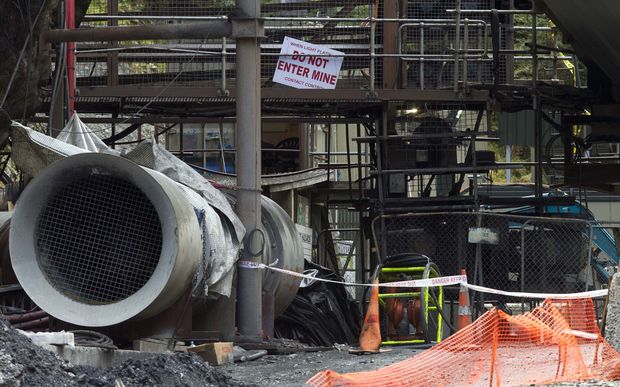 The Pike River Coal mine in November 2010. Photo: REUTERS 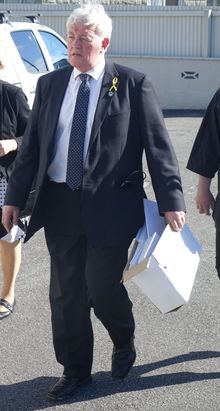 Bernie Monk, a spokesperson for some of the families, heads to the meeting. Photo: RNZ / Patrick Phelps

"The families have been very realistic all the way through and have never asked for a situation that would cause undue risk to anyone," he told Nine to Noon.

Last year the Government put up $7.2 million for Solid Energy to spend on exploring the feasibility of re-entry.

A spokesperson for some of the families, Bernie Monk, said yesterday if the decision was made not to re-enter, the families would ask the Government to relinquish its operating licence and let the families control a re-entry, using their own experts and advisers.

Today he said he would consider whether to fight for re-entry but must ask himself if he wanted to put the families through another three or four years of agony.

He wanted to get the men home but had to move on with his life, he said.

Nicholas Davidson, the lawyer representing the families, said some could continue to fight for re-entry but others would turn their focus to moving on.

People did not want to give up hope but today's news had been expected for some time.

"I wouldn't put aside the possibility that some will want to continue the battle but it's a very sensitive time," he said.

"For those who accept the decision, they are looking and discussing as we are talking how to secure the site, how to memorialise the men, how to get access there and somehow to let them rest."

When Mr Bridges announced $7.2 million funding in September he was careful to make clear the criteria was that any re-entry into the tunnel up to the rock fall had to be "safe, technically feasible and financially credible".

Last month, Solid Energy chief executive Dan Clifford told media legal advice to the company was that, without a second egress, or tunnel, a re-entry could not go ahead. He was was reticent on what legal advice the board had received about the liability of the directors if a re-entry were to go ahead and something went wrong.

After pressure from the families' lawyers, the company agreed about 10 days ago to hand over the technical information it had in front of it, which was then given to the British-based experts advising the families.

Solid Energy had delivered its decision to Cabinet on Tuesday.