Forty percent of scientists answering a survey say they have felt gagged because of management policy or concern over losing funding. 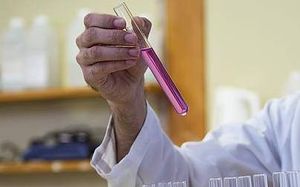 The Government was considering guidelines to scientists on the difference between speaking about their areas of expertise, and advocacy.

A total of 384 New Zealand scientists answered the Association of Scientists' survey, half of whom work in Crown research institutes, or CRIs.

Association president Nicola Gaston said of those who had not felt gagged, many said they had witnessed it happening to others.

"There's an issue around embarrassing the Government, but the funding issue is quite poor so the kinds of commercial funding that come into the CRIs, those contracts are one particular issue.

"But there's also the idea of Government funding being effected by speaking out, saying the wrong things, perhaps having a point of view which is not that of the expert reviewers on a particular funding proposal."

Dr Gaston said most scientists wanted to know what the new ethics code would be before saying whether they were for or against it.