About 1500 military personnel from New Zealand and the United States will take part in a major training exercise in Taranaki from this week. 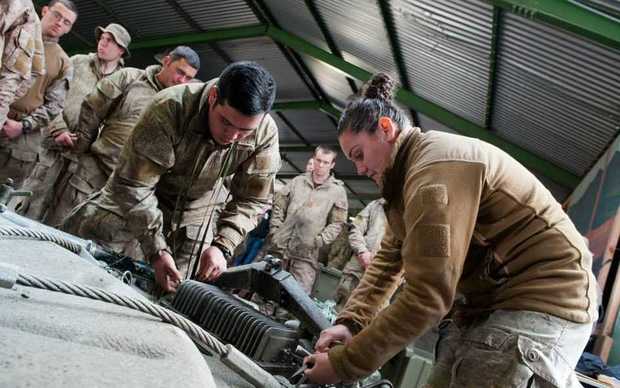 Private Marino and Private Gerretzen demonstrate the tie down procedure for a 105 mm light field gun to members of 161 Battery, in Waiouru, September, 2014. Photo: NZDF

Soldiers from the Defence Force and the US Marine Corps will work on a scenario in which they will aim to restore peace between two fictitious nations - Bekara and Alpiria.

The exercise is called 'Kiwi Koru' and will also include the Royal New Zealand Airforce.

NZDF described it as a "regular fixture on the Army's training calendar...held every two years to test agility and adaptability of the Army alongside the Royal New Zealand Air Force and New Zealand's South West Pacific partners the U.S. Marine Corps Forces and U.S. Army Pacific."

It said it followed on from previous exercises such as Southern Katipo held in the South Island last year and Exercise Alam Halfa held in the Central North Island in May.

In an NZDF press release, First New Zealand Brigade Commander Colonel Nick Gillard said the training calendar was "rigorous and designed to ensure we are prepared to deploy when required".

"It's an opportunity to test what we know, how we work and how we work with our international partners too," he said.

Colonel Gillard said the people of Taranaki had been very generous and welcoming with offering land and facilities to allow the hundreds of personnel to conduct the Exercise in the District.

"We're very grateful as it's essential to increase the capability of our young leaders and test our new equipment at home."

Troops will be embedded throughout Taranaki, with the key base for operations at the Stratford Aerodrome.

The exercise is expected to last throughout November.