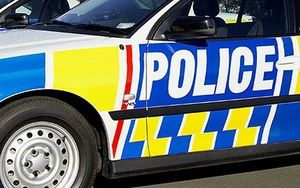 Two unemployed 20 year olds were arrested last night over the knifepoint robbery of cash at the Crinan Street dairy earlier in the evening.

A police spokesperson said a 28-year-old man was arrested today and charged with receiving cash stolen from the robbery.

He will appear in the Invercargill District Court tomorrow.

The woman shop assistant in the shop at the time was not injured but was shaken by the incident and had been referred to Victim Support, the spokesperson said.