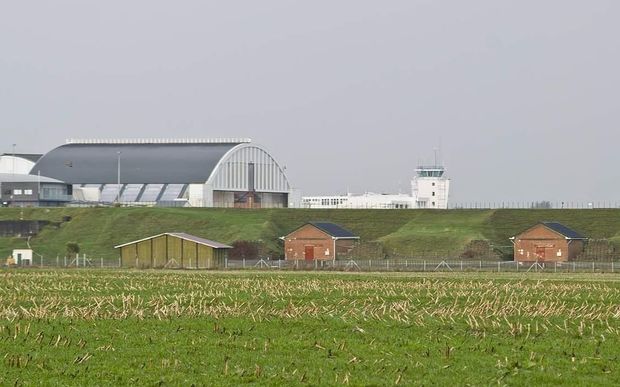 Following a fly-by, the planes were ceremonially hosed by the Air Force's fire trucks.

The planes would be used to train new pilots from 2016, with the first trainees graduating at the end of that year.

The Air Force said the Beechcraft T-6C Texans were specialist military aircraft intended for teaching military pilots how to fly.

Eleven planes had been ordered.