An Environment Court judge has described a Murchison dairy farmer's repeated and deliberate polluting as the worst in New Zealand and is not ruling out sending him to jail. 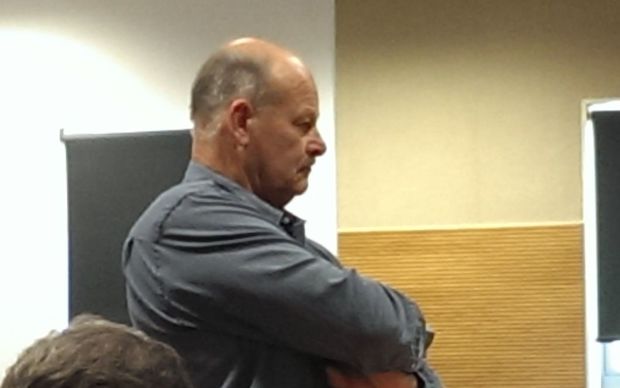 Phillip Woolley, who has 14 previous convictions, appeared in the Nelson District Court today for sentencing after being found guilty of six charges of breaching the Resource Management Act (RMA).

These relate to the ponding of dairy shed effluent, and the storage of effluent solids on unsealed ground - both of which were at his Matakitaki farm near Murchison, about an hour south-west of Nelson.

Judge Jeff Smith told the court Woolley showed an unwillingness to take responsibility and demonstrated an attitude of stubborn defiance.

He said the need to comply with the requirements of the RMA and the Tasman Resource Management Plan did not appear to register with Woolley.

He also described him is the worst offender in terms of recidivism within the dairy sector he has ever encountered.

Woolley is no stranger to the Environment Court system, with 14 previous convictions for dirty dairying and six under his company, Awarua Farms, which is based in Marlborough.

The convictions include poor effluent management, incorrect disposal of cow carcasses and the partial destruction of a wetland adjacent to his Tuamarina farm.

Tasman District Council lawyer Antoinette Besier said only a prison sentence would send the right message to the community, as the scale of Woolley's offending was unrivalled in New Zealand.

But Woolley's lawyer, David Clark, argued his client had learned the error of his ways and had recently spent more than $500,000 on a state-of-the art effluent management system.

He said since Mr Woolley's sentence of two months' home detention last year, he had also employed a new farm manager and a consultant to help him put things right on the farm in Murchison.

Judge Smith fined Mr Woolley $60,000 plus legal fees and costs in his capacity has owner of Awarua Farms, which owns the land in question.

However, he has reserved his decision on sentencing him as an employer and director of the farm until next March.

He told the court he wanted time to consider all the submissions thoroughly, as he would be giving Woolley nothing more than a wet bus ticket and a license to pollute if he did not send a strong message.

Judge Smith said a prison sentence of up to six months was still on the cards.