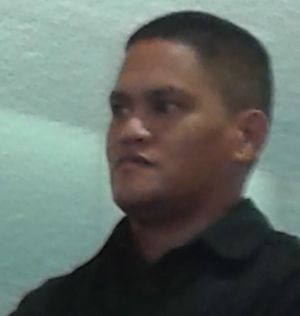 Teina Pora at the High Court in March. Photo: RNZ

Pora, 38, was twice found guilty of the rape and murder of Susan Burdett in 1992 and has served 21 years in prison.

He denies having committed the crimes and, in recent years, a number of parties have voiced concern about the safety of those convictions, including Ms Burdett's brother.

The team of three New Zealand lawyers, including Tim McKinnel, will meet two London-based lawyers on Wednesday for a week of preparation before the hearing begins on 4 November.

Mr McKinnel said the hearing would be the culmination of five years' work to clear Pora's name and there are two legal points that the appeal is based on.

He said one is the reliability of Pora's confession in 1993. The other is his involvement with another convicted murderer Malcolm Rewa, who has been convicted of 24 other sexual assaults. The Privy Council would be told of Rewa's movements on the night Pora allegedly killed Ms Burdett.

Mr McKinnel said the London court could make a number of decisions, including quashing the conviction and ordering a retrial, dismissing the appeal, or ordering the case back to the Court of Appeal in New Zealand.

The hearing is expected to last two days.