The Auckland Council has released suburb-by-suburb details of its latest property revaluations, signalling above average rate rises from some of the city's once-less fashionable areas. 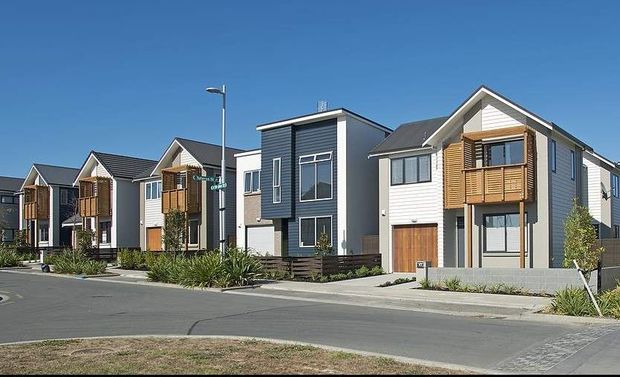 Valuations in Point England are up 62 percent on three years ago, and 55 percent in nearby Glen Innes, both among the city's poorer suburbs with large numbers of state housing.

Properties with increases significantly higher than the regional average of 34 percent will face larger than average rates rises from mid-next year.

The biggest rise among more than 200 suburbs, is in Hobsonville at 65 percent, though this is skewed by newly-built properties in the Hobsonville Point development.

Other big rises include New Windsor at 58 percent, and North Shore suburbs Hillcreat, Forrest Hill and Sunnynook, in the mid 50s.

Above average increases have also occurred in cheaper western suburbs such as Avondale and Kelston with 47 percent, New Lynn on 45 percent.

Some of the lower rises in Auckland's main urban area, are in expensive suburbs, such as Devonport, Herne Bay and Stanley Point around 25 percent. Mission Bay and Kohimarama are just below the average.

The smallest increases among residential properties in greater Auckland have occurred in outlying areas with rises of around 10 percent or less, with declines on Kawau Island and Great Barrier Island of 14 and 9 percent.

Individual property valuations will be mailed out early to mid next month. 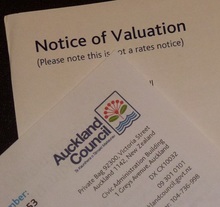 Auckland's largest mortgage broker is warning home buyers not to pay too much attention to the new property values, saying they have little meaning in the current bustling market.

Loan Market handles about two thirds of the home loans in Auckland that go through mortgage brokers.

A director, Bruce Patten, said for the past two years, homes in Auckland have been selling for between 25 and 30 percent higher than their value.

"People have stopped taking notice of CVs and we've been telling them, you know, that it's not a reflection of where the market sits.

"You see a CV of six ten and you know it's going to be in the eights somewhere in 90 percent of cases. I think, CVs - nobody's taken notice of them for some time.

"These new ones that are going to come out next month are really just going to get the market back up to date."

Mr Patten said it was hard to tell how long the new values would stay current.

The Real Estate Institute says updated house values in Auckland will give buyers a much more realistic guide to whether they can afford the purchase.

REINZ chief executive Helen O'Sullivan said houses have been selling well beyond their CV's for a long time now.

She said the values also did not take into account interior features that also drive up prices.

Ms O'Sullivan said those keen to be homeowners should take into account possible rate rises though, as those areas with above average valuation increases, are likely to be billed more.