As it prepares to celebrate the revival of its heritage warehouse precinct, Dunedin has called in international help to give its walls a major face-lift too. 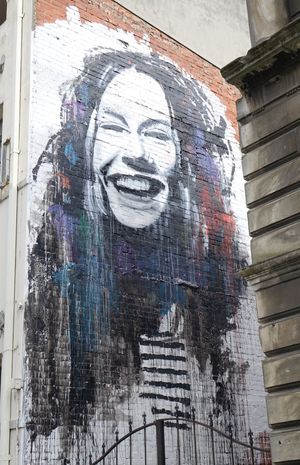 In a tight alley too narrow for a car, an artist Sean Duffell manoeuvres a scissor-lift carrying him and dozens of spray cans along a wall.

Mr Duffell has been invited back home to Dunedin to paint in its first street art festival.

"It's really nice now that the public are more accommodating to this and once they see big, larger art works, especially after this weekend because nothing has ever happened like this in Dunedin before, they will see that and it will break down the barriers you know to that sort of stigma of aerosol art."

Not that spray art has got much stigma any more.

In England street artist Banksy has his pieces chiselled off and auctioned for hundreds of thousands of pounds. 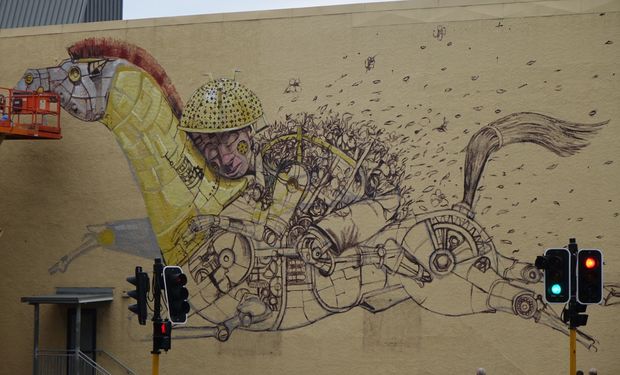 While in Melbourne the city laneways full of graffiti are now on the official tourism trails.

At the Vogel Street Party, the street art will be out and proud. Mr Duffell said there are a few New Zealanders but there will also be a large contingent of international artists.

The Vogel Street Party runs tomorrow from 3pm until late. 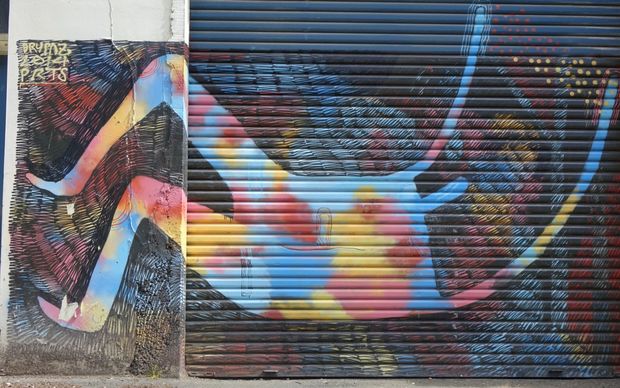