A 57-year-old man has died after the boat he was in, along with three others, capsized off the coast of Hawke's Bay today. 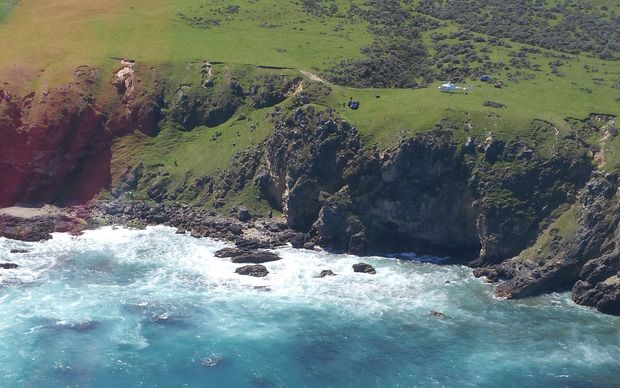 A rescue helicopter crew carried out two winch operations to retrieve two men (one with a spinal injury and one deceased) from this area. Photo: Supplied / Lowe Corporation Rescue Helicopter

Police were alerted by a local resident at Mahia, north of Wairoa about 10.30am.

They said all four of them made it to shore but the 57-year-old died on the beach.

Senior Sergeant Maui Aben said the three other people on board the 3 metre, are family members from the area.

He said a 48-year-old man, his 40-year-old wife and their 16-year-old son are recovering at Wairoa Hospital.

Mr Aben said two of the three had to be airlifted by helicopter due to their injuries and the remoteness of the location.