School children in South Auckland have taken it upon themselves to officially lobby authorities to turn down plans for an off-licence near their school. 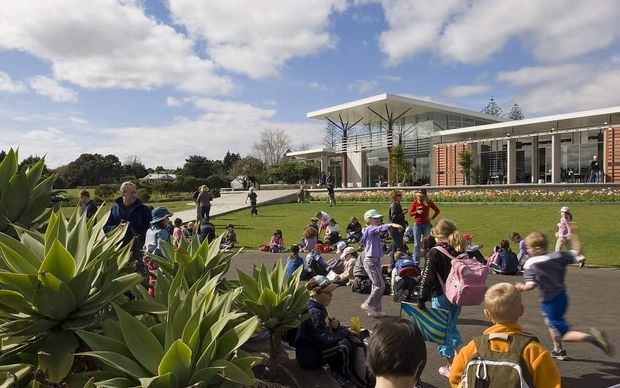 Children in Manurewa are lobbying authorities to reject plans for an off licence near their school. Photo: PHOTO NZ

Students at Manurewa Intermediate said they are worried about the influence another liquor store may have on young people, and the long-term abuse in families caused by the easily available alcohol.

By the time Kallani-Jayde Rogers, 13, gets to the school gates, she has passed a number of liquor stores in her 20 minute walk.

"I walk past two or three on the way, one's just 200 metres from my house, and the other is just around the corner from school.

"In the mornings I see there's always people drunk sitting outside liquor stores waiting for them to open. I think it's a really bad influence on the younger kids that walk past because they think it's cool to drink if they think older people are."

Kallani and her peers learn about how to take an active role in the community, and it was their idea to take their anger at the plans for a new off-licence on Roscommon Road, to the Auckland District Licensing Committee.

Isaac Tuala and Matenga Beale, both 13, also wrote in and said alcohol affects them personally.

"I've had first-hand (experience) with my family as alcohol is always a big problem. It's always difficult to get through."

His classmate Matenga said for some, the lure is too much.

"A couple of people I know, they go to parties and think they're cool. They drink and get too drunk and end up going home with the police."

"They've probably been quite strong about it because it's so relevant to their worlds.

"Lots of them have got experience of whanau members or associates who drink a lot. They see the whole thing about gambling and drugs, theft and the violence associated with it. That's what they see, and that's what some of them live with."

But the students are not the only ones against the plans.

Ngaire Takuira-Mita is the chair of the Clendon Residents Group, and worries it will encourage under-age drinkers.

"A lot of them are aged from 13 up, even younger, not even going to school.

The proposed new store is just across the road from Clendon Mall where there's already an off-licence and a supermarket.

Radio New Zealand spoke to the person applying for the licence - he wouldn't go on record or talk about the objections, saying only that the Clendon area needs an up-market off-licence.

The final decision on the licence is expected in the next few weeks.