The luxury car brand Lexus is recalling nearly 800 vehicles in New Zealand because of problems with their fuel sensors and motor cooling fans, as part of a worldwide Toyota recall. 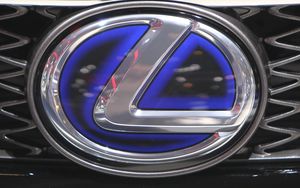 Lexus, which is a division of car maker Toyota, said the New Zealand recall was precautionary and it was not aware of any serious incidents caused by the faults, which affect the LS, GS, and IS models.

It said 770 cars were being recalled because of a loose seal between the fuel pressure sensor and the fuel pipe.

About 70 vehicles have a separate issue that could cause part of the fan to come loose.

Lexus said it was contacting affected owners and will pay for any repair work needed.

Toyota said it was recalling about 1.7 million vehicles worldwide to tackle defects.

The car maker recalled almost 11 million vehicles since the start of the year, dealing another blow to its once-stellar reputation for quality and safety.