Police Minister Michael Woodhouse is satisfied police have the tools to do their job but says he will ask police bosses whether their position on carrying guns is changing.

His comments follow Police Association president Greg O'Connor's call for police to be fully armed after two unarmed officers overcame a man firing a shotgun at their car on Sunday.

The officers have been commended for their bravery after arresting the suspected shooter outside Waitakere Hospital. 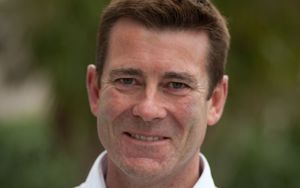 Mr O'Connor said the incident showed firearms locked in police cars would at some stage prove to be too far away to save a life, and that only a firearm on an officer's hip allowed them to take immediate action.

Mr Woodhouse said the officers involved in Sunday's incident acted with a "tremendous amount of skill and professionalism" and that it was up to the Police Commissioner, not him, to decide whether police should routinely be armed.

"But I do support the police position at the moment, that there are sufficient tools in the police officers' tool box, including communication, cuffs, pepper spray, tasers and access to [guns] in incident cars when it's appropriate," he told Morning Report.

"They tell me they're satisfied with the range of tools that they've got at their disposal."

However, Mr Woodhouse said he would talk to police bosses and ask if their stance on arming officers had changed.

"Absolutely. I think this is an ongoing issue," he said.

"But what we want more than anything is ... our police to be skilled and professional and highly regarded by members of the public, and have the tools at their disposal to de-escalate situations like Sunday's, and I think they have at the moment."

However, Mr O'Connor said it could have ended very differently, with an officer being shot or someone taken hostage.

He said the association wanted all political parties to realise the time has come to fully arm police officers.