The Council of Trade Unions says the dairy industry is using the immigration system to lower pay and conditions for its workers. 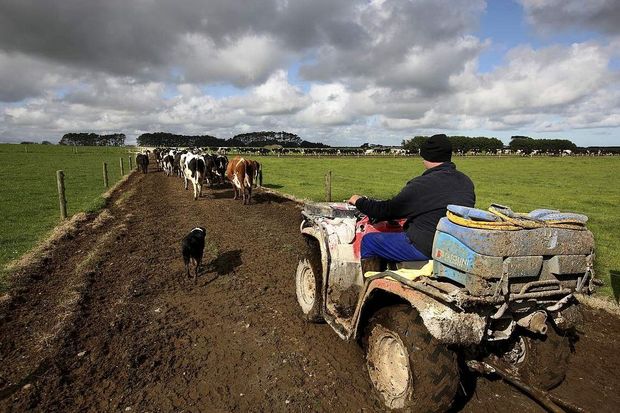 The Council of Trade Unions says the dairy industry is using the immigration system to lower wages. Photo: Photo NZ

The Council of Trade Unions president Helen Kelly said dairy farmers are using skills shortages to bring in foreign workers, but there is no test that the wages and conditions on offer would be acceptable to New Zealanders.

"The deal shouldn't be they can get a migrant, and exploit a migrant to do it, we have to have a model that allows Kiwis to be trained, to have decent conditions, to get a share of the wealth of this industry."

She said migration might be acceptable if needed to back up that model in the short-term.

Federated Farmers' dairy industry group chairperson Andrew Hoggard, however, does not think the industry is cutting New Zealanders out of jobs by misusing the immigration system.

"There was a recent survey done by the labour inspectorate on migrant worker conditions, and they did not find any exploitative behaviour," he said.

Mr Hoggard said the organisation is working with Dairy NZ to develop on an action plan now to improve workplaces.

Complaints on the rise

The number of migrant workers complaining of illegal treatment in New Zealand workplaces has more than doubled in the past year according to figures released to Radio New Zealand.

Complaints to the Government's Labour Inspectorate by foreign workers has jumped to 40 percent, though they only account for 10 percent of all workers.

The inspectorate's general manager, George Mason, said the rise is probably a combination of poorer treatment and of more reporting by workers now it has been made safer for them to do so.

For the past 12 months, the inspectorate has made the employment of migrants and in the dairy sector a priority.

Migrants on temporary visas comprise about 10 percent of the national dairy workforce and many South Island farms are now reliant on them for milk production.

They are mainly from the Philippines, but also South America and southern Africa.

A number of migrant workers spoken to by Radio New Zealand said their salaries are much better than they could receive at home, but they work periods of at least 12 hour days with short breaks for months on end.