A crane on a construction site in Christchurch has crashed on its side, closing one of the city's busiest thoroughfares. 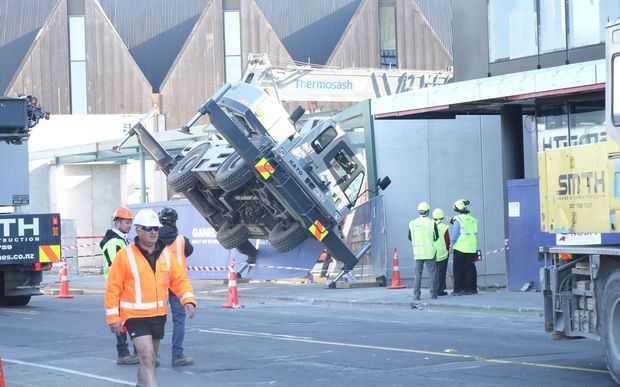 A spokesperson said the crane is lying on its side by a building site. No one was hurt in the incident.

Alternative routes are Montreal Street for northbound and Durham Street for southbound traffic.

A road crash in the same area, at the intersection of Bealey Avenue and Colombo Street, is adding to the traffic problems.

Worksafe New Zealand said it is unclear whether there will an investigation into why it fell while working on a Ganellen work site.

A Worksafe spokesperson said inspectors have been to the site and are weighing up whether an investigation into the incident is needed.