ANZ bank staff have filed legal action against their employer, saying it has breached the Employment Relations Act.

She said the union is concerned about public messages the bank is putting out, because they do not reflect the message that is being given to the striking employees.

Ms Gay said more legal proceedings will be filed with the Authority early next week. 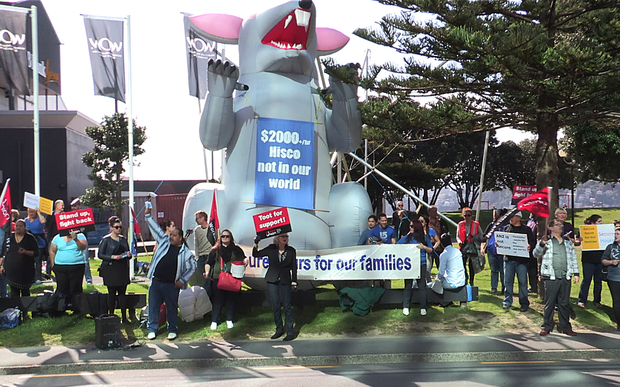 About 500 ANZ Bank staff around the country went on strike yesterday morning over a breakdown in talks around employment conditions.

Striker and ANZ staff member Helen Packwood said they enjoy working for the bank, but ANZ's proposal for more flexible staff contracts and annual pay increases of just 2.75 to 3 percent were not good enough.

"We're disappointed the union took action when a very good offer was on the table for our staff," said ANZ spokesman Stefan Herrick.