A Christchurch firefighter who helped perform a double amputation on a man trapped in a collapsed building in the 2011 earthquake has received a rare bravery medal. 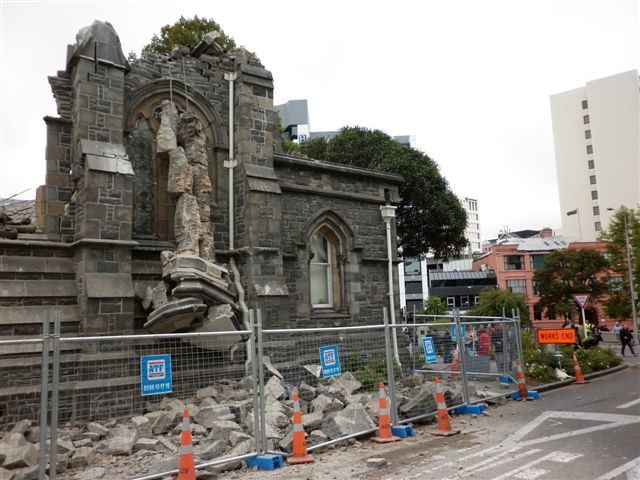 The remains of a toppled building in central Christchurch. Photo: RNZ

Senior firefighter Scott Shadbolt is only the fourth person ever to be awarded the United Fire Brigades' Association of New Zealand Valour Medal, and is the first person to receive it in more than 100 years.

Mr Shadbolt said he worked in a team of two doctors and a police officer to amputate both legs of a man who was trapped in the Pyne Gould Corporation building - and who survived thanks to their efforts.

"His legs disappeared into the building. He was on a hard tile floor. Not comfortable at all," he said.

"He never once complained about anything."

Mr Shadbolt said he was proud to accept the medal but wanted to acknowledge the others involved.

The criteria for the medal says a firefighter must exhibit exceptional personal courage, putting their own life in danger to save the lives of others.