Most of Christchurch's earthquake damaged red zones are almost cleared, but 100 homeowners are now learning what life will be like once everyone else has gone.

A total of 7409 property owners accepted a red zone offer from the Crown, but 101 homeowners turned it down, and are now coming to grips with life in Canterbury's abandoned suburbs.

Ernest Tsao's Avondale home overlooks the Avon River and is surrounded by large homes with well established gardens, but it is also in a red zone area, and sooner or later all of his neighbours' abandoned homes will be demolished.

The windows on his neighbours' houses have been broken and boarded up and the walls tagged. But he said if you look past those imperfections, he is still living in luxury by anyone's standards.

Mr Tsao does fear that at some stage the Government's warning that they could lose essential services such as power or sewerage will come true.

"Its always been a concern. They have always been quite careful and calculating about how they word their threats, but its always been this low level sort of pain in the back of my head, that there is always that threat that we can't get out of."

Brent Cairns, from Kaiapoi, said they didn't want to leave their red zoned home as they would never have been able to replace it with something comparable for the money they were offered.

"It's been disheartening to watch people going. Lots of people say they have moved to a new house, not a home." 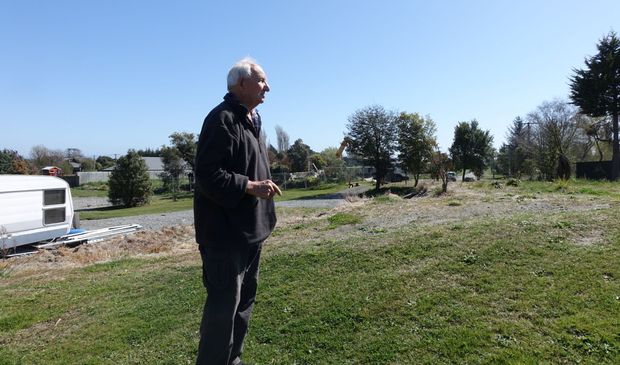 Lesley Griffiths, who - along with his wife Lorraine - has stayed on in red zoned Brooklands, said staying had been a bad move financially, but they couldn't get the lifestyle anywhere else.

He said there were fewer people in the area, and they have lost their community centre and meeting hall, but life isn't really that different.

"We've been here for over 50 years," he says, "so its only sort of receded back to how it was when we came here."

He is also worried about losing essential services, but hopes the signs from nearby Kairaki may be positive.

In Kairaki, just north of Christchurch, the whole settlement of around sixty homes was red zoned, but a third of the homeowners decided to stay on.

Before the Government moved to red zone the area, the Waimakariri District Council replaced the earthquake damaged sewer system and since the red zoning it has repaired the road and the storm water system. 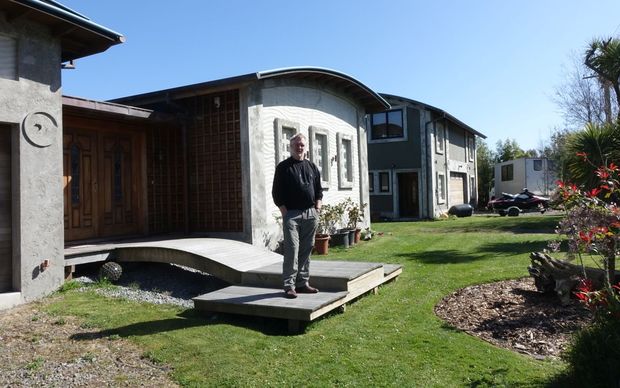 Tim Stephenson said in fact they were better off by quite some margin than they were before the earthquakes.

"I don't think there any difficulties now really, our infrastructure is all good, and even if there was nobody staying that had to be fixed anyway because the campground and boat club are staying."

"It's always been a strong community, because it's a beach community and people have recreational interests in common, and that's held people together anyway."

The Waimakariri District Council's project delivery manager, Gary Boot, said people shouldn't take the treatment of Kairaki as a sign of how they will deal with other areas.

"It is probably fair to say that services can be provided to all those properties in the red zone," he said , " the issue really is whether its practical or affordable to keep providing that level of service."

Both the Waimakariri and the Christchurch City Council have only so far committed to maintaining services in red zone land until the Government announces its plan are for the areas.

The Christchurch City Council's Water and Waste manager, Mark Christison, said the council was looking at its legal obligations to continue providing those services long term.

"It currently is costly," said Mr Christison, "there is not too much doubt about the extra cost per property. It's very significant. But the council position, and obligation under the Local Government Act, is to continue to provide those services currently."

He said there will be further discussions with the land owners once the council knows what the Government's plans are for the red zone land.

The Government has indicated it hopes to have a decision about what will happen in the Waimakariri red zone by early next year. 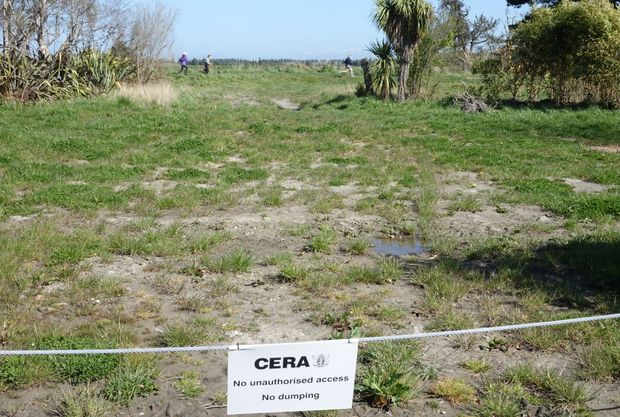