The sun beat down on dignitaries, spectators and John Jones, the last surviving Coastwatcher as a monument to his World War II unit was unveiled today in Wellington. 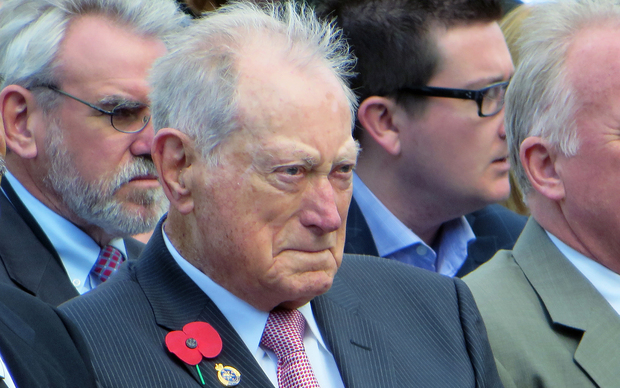 The memorial sits under the New Zealand and Maori flags and carries the names of the men in Coastwatchers who were executed in the Pacific in the line of duty; their job was to report sightings of any enemy ships or aircraft.

On 15 October 1942, 17 New Zealanders - 10 soldiers and seven Post and Telegraph radio operators - were rounded up by the Japanese in the Northern Gilbert Islands, now known as Kiribati, and killed. Six other civilians were also executed.

Coastwatcher John Jones, now 94, was among seven men captured by the Japanese early in the war in December 1941, only three days after Pearl Harbour.

They were taken to Japan and interned in the Zentsuji Camp in Yokohama, where they remained for the rest of the war - a total of three years and nine months. 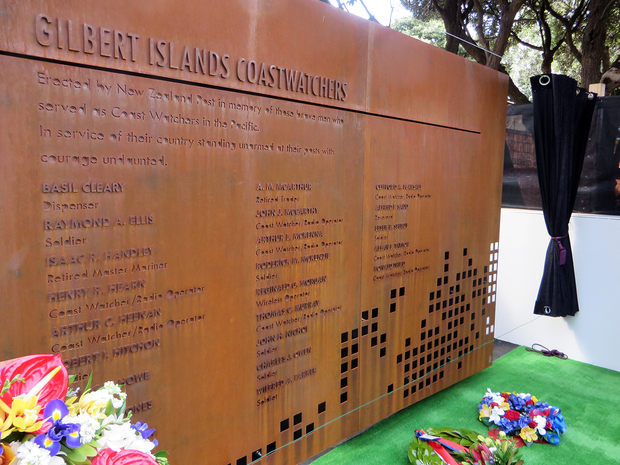 John's son, Lindsey, described the unveiling of the memorial as a grand finale.

"It's taken dad basically 60 years to push this wall forward. It's absolutely wonderful.

"I'm so glad to see Dad see the finish of the wall. You couldn't ask for anything better."

John Jones said he thought of his fellow comrades every day.

"I'll always remember them. They were my best friends."

Coastwatchers were scattered as far afield as Pitcairn Island and also served around the coast of New Zealand.