The Crown says a serial stalker used different names to send text messages and letters to women just days after getting out of prison. 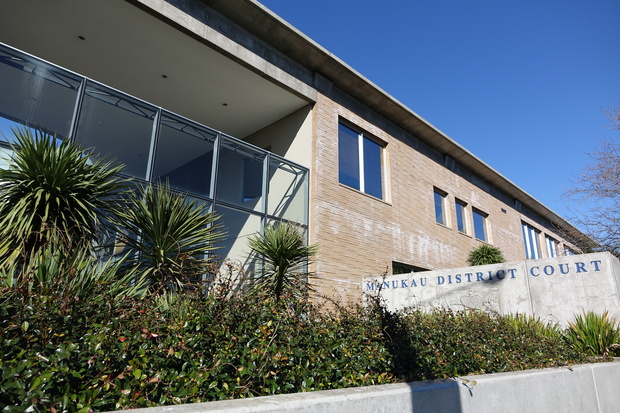 Glenn Green has been on trial at the Manukau District Court this week charged with breaching his release conditions. Photo: RNZ / Kim Baker Wilson

Glenn Green denied breaching his release conditions when he appeared at the Manukau District Court today.

One of those conditions was not to enter into new relationships or re-kindle old ones, without the permission of his probation officer.

But Crown prosecutor Mike Walker said Green sent text messages to one woman and two letters to others.

During a raid on Green's room, police also found two other letters stamped and addressed to famous women.

Parole Officer Stephen Wolfgramm was the only witness to be called for the prosecution.

He told the court that authorities knew Green was spending time at the local mall because Green was wearing a bracelet that allowed them to monitor him by GPS.

Mr Wolfgramm said during the meeting Green told him that he had no new relationships but the Crown's case is that, on the same day, Green had written a letter to a blonde shop assistant at the local mall.

He said he just wanted to introduce himself to "such a beauty". The letter included a photo of himself with a drag racing car. Green said he had worked overseas as a panel beater and a car painter but had lost everything in the global financial crisis.

He said he came back to NZ to "chill out" and invited her to send him a text message.

He signed off as "Goldie".

Two other letters were found in Green's Mangere Lodge room by police when they executed a search warrant.

Letters not a breach of release conditions - lawyer

Green gave evidence in his own defence, telling the court that his probation officer had encouraged him to make new friends.

He said he had a list of Facebook contact information from a friend's account, which had been shut down, and wrote letters to two women whose contact details were in that information. Green conceded they were both famous and he had never met them.

He is also accused of sending several text messages to another woman who it seems he had not seen for 14 years.

He initially denied using the name Dallas, which was the sign-off on the text messages, but, about a minute later, conceded to Crown Prosecutor Michael Walker that he had changed his name to Dallas Deangeles.

He said the text messages were sent by the previous owner of the phone but he admitted initially telling police he had sent them.

In his closing arguments, Green's lawyer Peter Broad said two of the letters were not sent so they could not be a breach of his client's release conditions.

He said the relationship condition did not cover merely contacting a person. He said, if it did, it would breach the Bill of Rights Act and Green's right to freedom of expression.

The case was heard by Judge Jane Lovell-Smith. She has reserved her decision, which is expected on 14 October.