Ewen Gilmour, the comedian famed for bring Westie style to New Zealand comedy, has died in his sleep at his home in Port Waikato. He was 51. 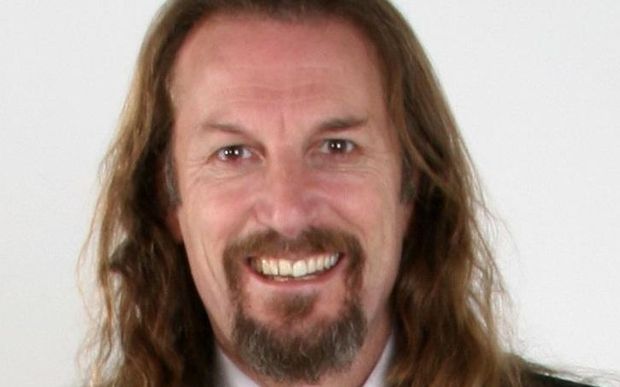 Ewen Gilmour died in his sleep at his home in Port Waikato. Photo: Facebook

Friends and colleagues of the award-winning comedian, marriage celebrant and local body politican say they are shocked and saddened by news of his death.

R I P Ewen Gilmour. The man. One of the nicest humans you could meet. Westside brother.

My lasting memory is you on stage last week giggling uncontrollably as you deliberately repeated the same joke just for us backstage. #ewen

But it was as the hard-case, motorcycling bogan that most New Zealanders knew him.

"He rode back out to the beach - he was happy as. If a comedian has to go one way then after recording a great TV show and not knowing it was coming is one way."

Mr Blanks said Gilmour was one of the early players in New Zealand's vibrant stand-up scene and had been party of the comedy family for two decades.

"We were always short of comedians and this wonderful man came along from out west and it was 'wow, that ticks a big box in New Zealand comedy - we've got a Westie'."

Another comedian, Jon Bridges, was with Gilmour last night when he recorded his last show. "He was amazing - he had the audience, as he always does, just loving him."

Mr Blanks said Gilmour was very close to his mother Janet and will be missed by friends and fans around the country.

Ewen Gilmour first hit New Zealand's comedy circuit in 1995. He also served as a local body politician on the Waitakere City Council until 2007 and, most recently, on the Onewhero-Tuakau community board.

Former Waitakere City mayor Sir Bob Harvey said Gilmour was a great colleague and friend to all of the councillors, and he enjoyed working with him.

"We agreed that we would have this dog and pony show. I would be the straight guy and Ewen would be the wild Westie and together we'd make a big difference out west, and we did. He was an extraordinarily good player and he was a fantastic councillor."

Another political colleague, Onewhero Tuakau community board member Richard Gee, said Gilmour had a special style, using his humour and his skills as a local politican to try to bring about change.