Ebola has cost the New Zealand taxpayer $80,000 - despite there being no sign of it here. 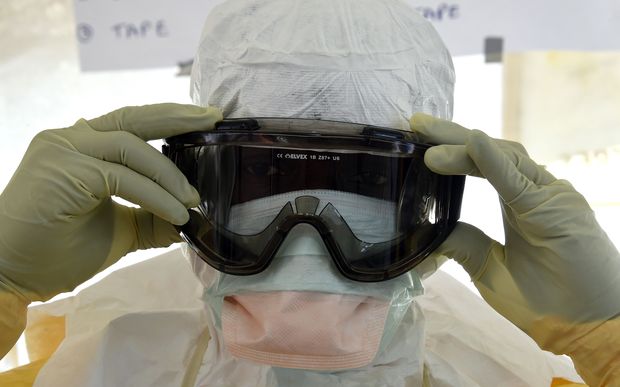 A health worker at an Ebola treatment center in Monrovia. Photo: AFP

A Ministry of Health spokesperson said the chance of Ebola reaching New Zealand remained low but it had to be prepared.

It had spent $40,000 on four plastic-covered beds, or isopods, for transferring patients suspected or confirmed as having Ebola. The American-made isopods will arrive shortly.

A further $40,000 had gone on four point-of-care blood-testing machines, which had already gone to hospital intensive care units in Auckland, Wellington and Christchurch.

The equipment supplemented what was already kept by health boards for infectious diseases, the spokesperson said.