Members of New Zealand's Muslim community have told Radio New Zealand sending troops to fight Islamic State (IS) in Iraq would be a mistake.

Prime Minister John Key has said he is seeking advice as to what military support New Zealand could offer, if asked to join United States-led forces targeting the jihadists in Iraq and Syria. 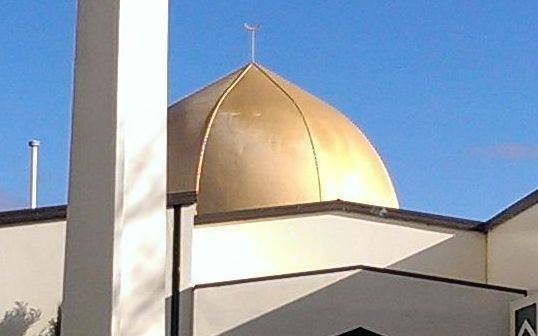 Speaking after evening prayers at Wellington's Kilbirnie mosque last night, secretary of the International Muslim Association of New Zealand, Tahir Nawaz, said sending the SAS to Iraq would be a bad idea.

"We are a a very good community here, we are very co-operative. Once New Zealand troops are sent there, our public attitude could change. At the end of the day there would be people living here whose roots are in the countries where New Zealand would send the troops."

Secretary of the Federation of Islamic Associations of New Zealand, Tony Green, who is based in Christchurch, said the United States invasion of Iraq created the conditions that gave rise to IS and further western intervention would only make things worse.

And he said it would further radicalise Muslims in the west, some of whom have started joining the militant group.

"That potentially fuels things because the whole martyr kind of scenario that's been painted by the groups calling themselves IS, that would fan the flames more than anything."

Another Christchurch Muslim, who asked not to be named, said sending troops to Iraq would play into the hands of IS.

"If you look at what came out of America going into Iraq, it didn't bring anything good. I personally think that it can be used for the evil people to radicalise people and use it for their own purpose."

President of the South Auckland Muslim Association, Mohammed Farouk Khan, is also opposed to New Zealand getting involved with the US-led action.

Mr Khan said Iraq and Syria need to solve conflicts within their borders themselves through peaceful negotiations.

Mr Green said the examples in Australia of terror plots allegedly being hatched by IS cells, and of Australian Muslims travelling to the Middle East to fight with IS are unlikely to arise here.

But he says there are no guarantees it will not happen.

"I can't give you an answer to that, but I just pray that's not the case. I mean we're watchful, and we try to engage with the wider community. I hope it's not the case, I seriously do."

Police raids in Australia have led to some Muslims there being vilified, with incidences of graffiti on mosques.

A restaurant owner in the Auckland suburb of Sandringham, Mohammed Raqheen, said he worries about the same thing happening in New Zealand.

"I think it's going to be a problem for us in future. That's what the media's spreading, that Muslims are terrorists."

However Mr Raqheen, said so far he has found New Zealanders are generally very tolerant and understand that most Muslims find acts of terrorism just as abhorrent as they do.