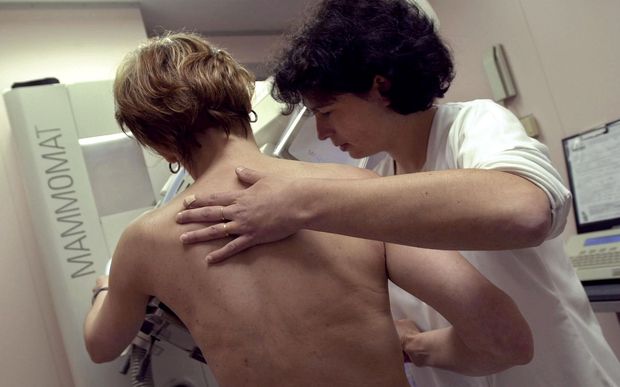 A woman having a mammogram. Photo: AFP

The national breast-screening programme spends about $50 million a year on mammograms for women aged 45 to 69.

Foundation chief executive Evangelia Henderson said they wanted the age extended to 74 and had started a petition to present to Parliament.

"These days, women live much longer. So a 70-year-old woman today is likely to live to 89 or so.

"So it's much better for that woman, and actually for everyone, if those women are able to live out those years in good health."

New data also showed eight out of ten New Zealand women were still alive five years after being diagnosed with breast cancer. However, the number dropped to seven out of ten after a further five years.

The Auckland Breast Cancer Register, which covered about a third of all breast cancer cases in New Zealand, today released 10-year survival rates for the first time.

"The 10-year survival, which is 71 percent, I guess is the disappointment," Ms Henderson said.

"So the importance of this data is that the researchers will be able to drill down and find out where we can make big improvements."

Death rates for Maori and Pasifika women diagnosed with breast cancer were about 50 percent worse than the general population.