A female tourist is dead after a head-on crash between Geraldine and Fairlie, in Canterbury, and three other people have been taken to hospital. 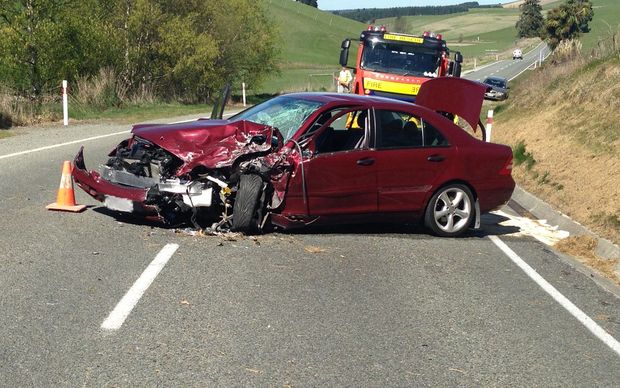 One of the cars involved in the fatal crash between Geraldine and Fairlie. Photo: NZ Police

A police spokesperson said the woman died at the scene of the midday crash, which had closed State Highway 79 between the two towns.

A female and a male tourist have been airlifted to Christchurch hospital with serious injuries, while a second man has been taken to Timaru hospital by ambulance.

Police are investigating the cause of the crash.

Meanwhile, one person is in a critical condition after a three-car crash on State Highway 1 in North Canterbury this afternoon.

A police spokesperson said emergency services were at the scene, outside the Waikuku Z Service Station, but are unable to confirm how many other people are injured.

The highway was closed in both directions for several hours but had since reopened.