A leading economist has joined the debate on so-called zombie towns, telling Maori leaders it is in their interests to champion New Zealand's regional economy. 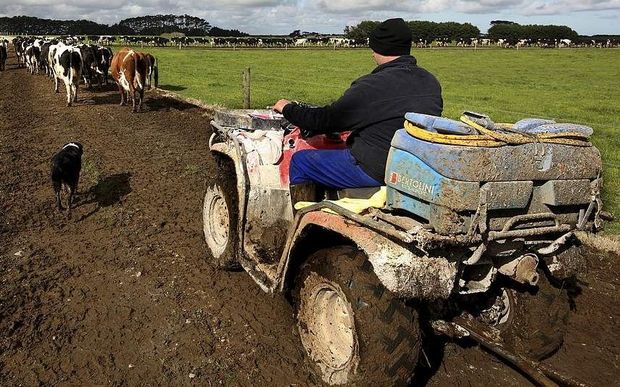 Berl chief economist Ganesh Nana told the Federation of Maori Authorities conference in Whanganui at the weekend there would be dire consequences if regional economies continued to run down.

His comments follow those in July by NZIER principal economist Shamubeel Eaqub, who told local government leaders they needed to own up to the challenges facing rural New Zealand or risk being left with a series of so-called zombie towns.

Dr Nana told about 350 delegates at a packed War Memorial Hall in Whanganui that the Maori and regional economies were joined at the hip, because Maori assets were in the regions, as were its people.

He pointed to statistics showing that, over the next decade, in 15 of the 16 regions outside of Auckland, the population of Maori aged under 15 and between 45 and 60 years old was going to grow, while the non-Maori population was going to decline.

"So I don't call those zombie towns, they are going to be your heartland," he said.

Berl is recalculating the size of the Maori economy, now tipped to top $40 billion, but Ganesh Nana insists something has to change for it to truly flourish.

"It's not a good outlook if changes do not happen. We cannot afford to continue down this path of relative benign neglect of the regions' economies. We've got to understand that the regional economies are part and parcel and indeed central to the New Zealand economy."

Dr Nana warned that New Zealand risks repeating the 1960s scenario when Maori were forced to move to the cities for low paid jobs with few prospects.

He said Maori leaders had to walk the corridors of power and advocate for policies that benefited the regions, or risk accelerated depopulation, urban drift and a slow decline in infrastructure.

"It's important that Maori take a more active role at the top table in the regions as well as in the centre to ensure that Government policy isn't an obstacle to regional growth and indeed growth of the Maori economy."

The Federation of Maori Authorities represents about 150 organisations with assets worth about $8 billion which are involved in enterprises as diverse as seafood, dairy, property and horticulture.

Chairwoman Traci Houpapa said there was a strong argument for Maori to be at the table when policies for driving regional economic growth were discussed.

"FOMA has always known that our members have assets and do business in the regions. We talk in Wellington and so we've always had a strong regional economic development because that is where our people live, that's where our businesses are and that's where our assets are."

Ms Houpapa said economic policy that was too focused on the main centres risked ignoring areas that had the potential to make a significant contribution to the economy.