The top prize at the 2014 World of WearableArt show has gone to a New Zealand designer. 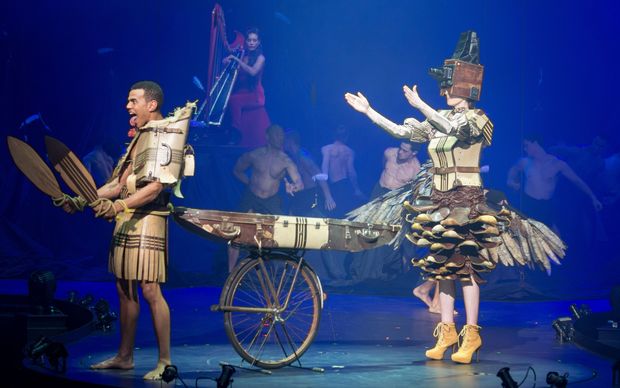 Her design, Poly Nation, featured two pieces and makes use of old leather and cardboard suitcases.

The founder of the awards, Dame Suzie Moncrieff said the design symbolised the baggage migrants bring with them to New Zealand, in terms of culture, belief systems and ideas.

The Supreme Award runner up was Lynn Christiansen, of San Francisco, with her entry Gothic Habit, made from laser-etched felt and wood.