A group of Christchurch high school students who created a detailed report on young people in custody in New Zealand say they wanted to be a voice for the voiceless. 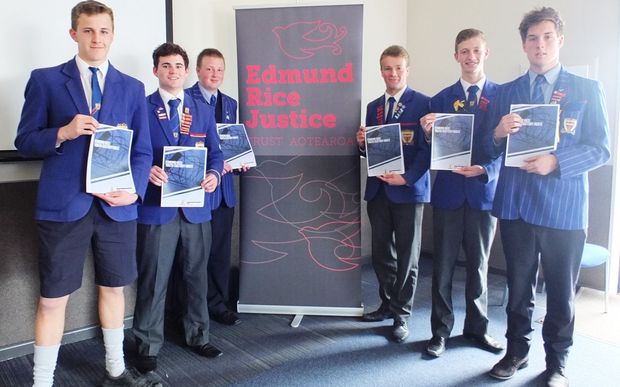 The six students from St Thomas of Canterbury College produced a 40 page report based on data they obtained from Government agencies through the Official Information Act.

The group found that youth justice facilities had high reconviction rates and that more than half of the young people apprehended for imprisonable offences were Maori.

Other key findings in the report were that 69 percent of under 20s who are incarcerated are reconvicted, and 45 percent end up back in prison.

The project leader, 18-year-old Lincoln Harrison, said the group aimed to shed light on the issue of youth in custody.

"We wanted to find solutions for an issue in New Zealand and so we came about and realised that there's a lot of young people in custody in New Zealand.

"We decided to provide a voice for them and gather some information and gather together a report."

School principal Christine O'Brien said the school was pressured not to release the report by some Government agencies that the students investigated.