Supporters of the parents whose son tried to hire a hitman to have them killed say he should have been jailed.

At the High Court in Rotorua today, Alan Barlow was sentenced to 11 months' home detention for offering to pay $20,000 an undercover policeman, who was posing as a hitman, to kill his mother and father in October last year. 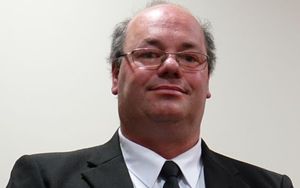 The court was told the incident was triggered by a dispute over a property that Barlow owned with his parents.

In sentencing, Justice Clifford said there were significant personal mitigating factors in the case, including the fact that the 43-year-old from Tauranga was from a dysfunctional family, the details of which are suppressed.

"You are a first time offender, have an extremely disturbed family background. This offending is, on the evidence, completely out of character."

Justice Clifford said Barlow abandoned his intent to kill his parents soon after meeting with the undercover officer.

A victim impact statement from his mother was read to the court which said she still suffered depression and had trouble eating. Diana Barlow's statement said the offending did not make sense to her.

Outside court, Barlow's ex-girlfriend Jessica Douglas said she had no sympathy for him and he should have gone to prison.

"It hasn't been that dysfunctional. It was just because he didn't get what he wanted. He didn't get the money he wanted, and that's why he broke down and it's gone this way.

Another supporter of Barlow's parents, Daniel Ryder, said the sentence is a slap on the hand and he should have been jailed.

But Barlow's lawyer Craig Tuck said his client thinks the criminal justice system has delivered a fair and reasonable result and he hoped to return to the life he had before the trial.