Auckland University alone spent $14.8 million in 2013, while Crown Research Institutes such as NIWA and GNS Science spent more than $500,000 each, on average. 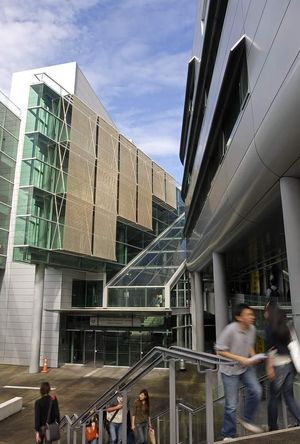 Universities and research institutes say they have no choice but to subscribe so their researchers can stay up-to-date with the latest knowledge.

"You've got a small number of publishers who have over time built up in some cases thousands of journals and the licencing relationships are 'take all or take none of them'. So the ability to subscribe to the one or two journals a university needs for its teaching research is being undermined."

Mr Whelan said another frustration is that publishers benefit from what is essentially free labour. The researchers, funded through student fees or the taxpayer, hand over their work to the journals for free and the work is reviewed by other academics - who are also unpaid.

"They may receive a small amount, a sort of ongoing royalty, but ultimately it's the publisher that makes the majority of the money and they don't do a lot more than format and simply publish" he said.

It might be expected that the transfer from paper to digital would make subscriptions cheaper, but the library services manager at GNS Science, Maggie Dyer, said that is not the case.

"The public has got no idea. They think the data can be free when it's not. We're actually paying big money for it."

In the last decade there have been moves against the big publishers. The United Kingdom now requires all publicly funded research to be made available for free in open access journals.

A researcher at Auckland University of Technology, Fabiana Kubke, would like to see the New Zealand Government do the same thing.

"Especially with the National Science Challenges which were born from the public, it would be a shame if the public didn't have access to whatever comes out of that in terms of research."

The Ministry of Business Innovation and Employment's manager of science and innovation systems, Richard Walley, said that is not on the cards just yet.

"At this point in time MBIE encourages but does not mandate the use of open access publication for research it funds. MBIE is aware that this is an emerging issue for the global research community and is monitoring the developments in this area," he said.