The personal home of the designer behind Rotorua's famous tudor-looking Bathhouse has been demolished after developers could not find a buyer for it - or even give it away for free.

Benjamin Corlett's house on Wharf Street in Tauranga was built in 1880 and is similar to a property you would find in the middle of Manchester in England, where he was from. 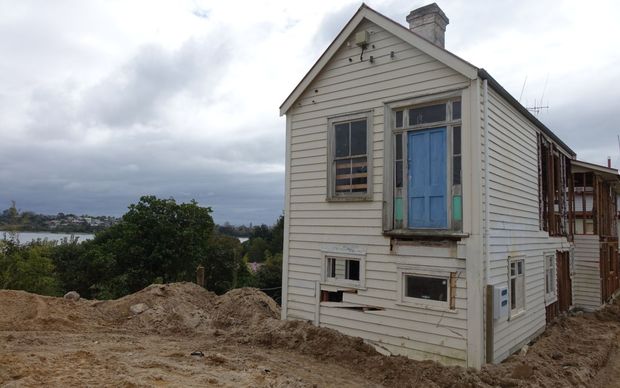 The house was demolished to make way for an office and residential building. Photo: RNZ / Natalie Mankelow 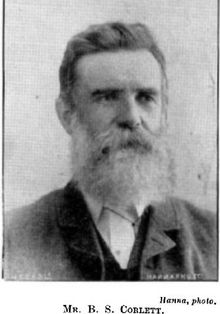 Photo: The Cyclopedia of New Zealand

Building specialist Raysan Al-kubaisi has been sifting through the dirt underneath the floorboards of the house and recording architectural aspects of the building.

Mr Al-kubaisi said Mr Corlett was a prominent designer and architect of his time. He was the Inspector of Government Works in Rotorua, making him one of the people behind the Bathhouse and the Rotunda at the city's Government Gardens.

Mr Al-kubaisi said Mr Corlett's personal home is important because he built and lived in it for about 15 years.

The house features a free-standing, two-storey back-to-back brick fireplace, which is uncommon in New Zealand as not many houses had a second level at the time. Mr Al-kubaisi said the fireplaces are a lovely type, which would have required a lot of construction and engineering.

Archaeologist Brigid Gallagher has been sorting through artefacts found in packed dirt under the house.

Her team has found many items, including ink wells, slates, complete beer bottles and glasses, which show aspects of military and everyday life during the 1800s and early 1900s.

One of the more significant finds is remnants of a uniform from an East Suffolk regiment which was in Tauranga during the New Zealand Wars in the mid-1860s, she said. 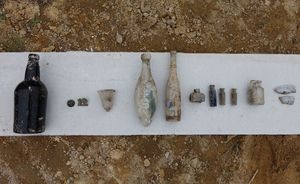 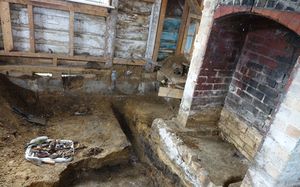 What was left of the 134-year-old building was knocked down last weekend to make way for an apartment and office block.

The developers of the site were completely unaware of its historical significance until a planner flagged it, saving them from a $120,000 fine under the Historic Places Act if they did not deal with the building properly.

Developer Alex Haden said they contacted the Tauranga City Council, the Historic Village and ended up trying to give the building away on TradeMe. But no one wanted it.

He said they would have paid someone to take the house away, after they found out it would cost them up to $20,000 to have it removed.

Mr Haden thinks people were put off by the fact that not much of the building was original and the significant work that would be needed to restore it and get it up to current building code.

Raysan Al-kubaisi agrees most of the building's integrity has been lost and believes the building's time has come. Parts of it will remain, however. The developers plan to have the old kauri studs turned into a Maori carving to tell the site's history. 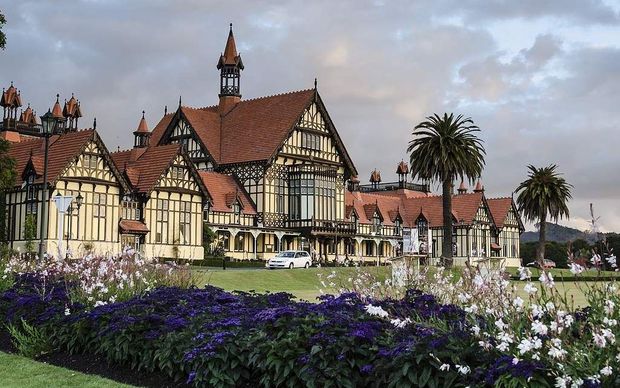