An earthquake of a magnitude 5.5 struck the Wairarapa coast early this morning.

The strong shake at 2.41am was centred 15 kilometres west of Pongaroa and registered at a depth of 24 kilometres. 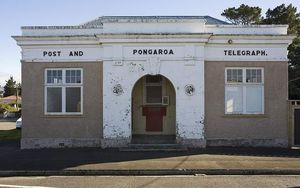 The quake was centred 15 kilometres west of Pongaroa, on the Wairarapa coast. Photo: PHOTO NZ

GNS Science reports the quake was widely felt in the lower and central North Island.

GNS duty seismologist Caroline Holden said it was shallow, and it has had a lot of reports from people who felt it in the North Island.

Several Radio New Zealand listeners across the lower North Island have also reported being woken by the tremor.

Police say they have not received reports of any damage.