Do, Ray, Me, Fa, So, La, Te, Climb Every Mountain, Edelweiss - they're all well-known songs from one of the world's most popular musicals - The Sound of Music.

The touring production of the legendary Rodgers and Hammerstein show from the home of West End musical theatre, the London Palladium, is currently being performed in Wellington before heading to Auckland next month.

The hills have been alive with The Sound of Music for over half a century, with the show premiering in 1959 on Broadway. But it was the 1965 Hollywood film starring Julie Andrews and Christopher Plummer which won five Oscars that cemented its place in history.

It tells the true story of Maria (played by Bethany Dixon), a fun-loving governess who changes the lives of the widowed Captain von Trapp and his seven children by re-introducing them to music, culminating in the family's escape across the mountains to Austria from the Nazis during World War II.

Englishman Mark Rayment, a professional actor and director for 25 years, is the Captain and knows he is somewhat under a microscope playing such a commanding role, but is not phased.

"You can't go on stage thinking the audience is comparing me to Christopher Plummer. As long as you're connecting and listening to the story ... then you'll be convincing."

Rayment's other theatre credits include playing Sweeney in Sweeney Todd and Woodie Guthrie in the New York show, East Towards Home. 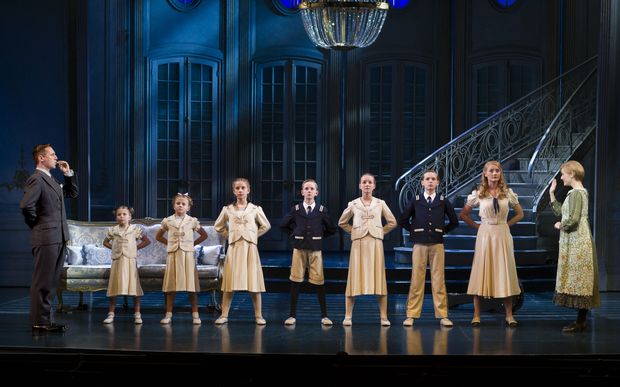 In the story, Liesl is romantically involved with Rolf Gruber, who betrays the Von Trapp family as they escape the Nazis. Ms Pretorius, 24, says she can relate to Liesl's teenage growing pains and the dreaminess of falling head over heels in love for the first time.

"At 16, I remember my first kiss - so I definitely identify with Liesl and all the emotional things she goes through, I've been through has both an actor and a person." 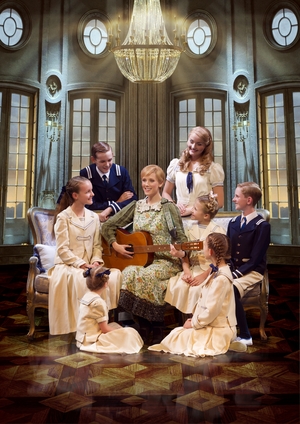 While the principal actors are from the other side of the world, younger Von Trapp children Gretl, Brigitta, Marta, Louisa, Frederich and Kurt are played by New Zealanders. They were chosen from 1000 who auditioned, spending a month away from school, rehearsing for their roles before joining the touring cast.

Jaxson Cook plays the part of 11-year-old Kurt, and is from Hutt Central School in Wellington. "I'm 10 years old, it's very fun, I get to see a lot of new friends and I also get to sing and perform for money. I'd do this for free actually because I'm loving this job," he said.

One of the pinnacle scenes followed by the most demanding vocal performance of the show is by the nun, Mother Abbess, when she gives advice to Maria and sings Climb Every Mountain.

British opera singer Lesley Garrett has that tough job - but says she feels like the luckiest person on the planet.

The soprano has has released 14 solo albums and was awarded a CBE in the 2002 for services to music.