A Ngapuhi kuia, Titewhai Harawira, says most Ngapuhi support the Crown's approval of the Tuhoronuku group to settle the iwi's Treaty claims - even though some hapu are unhappy about it. 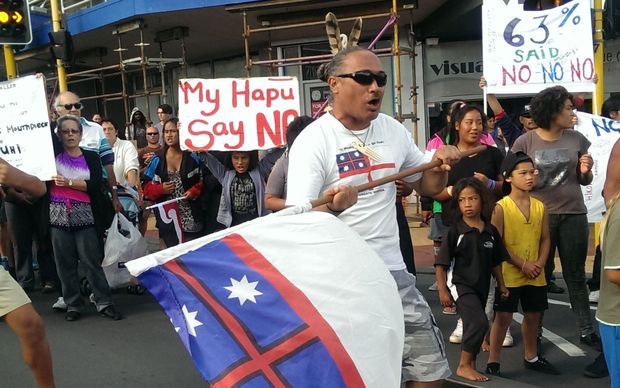 Some hapu took to the streets of Whangerei in June 2014 to protest Tuhoronuku's mandate. Photo: RNZ

The Waitangi Tribunal decided yesterday to hold an urgent hearing into the approval of Tuhoronuku after 12 hapu raised concerns about the group's ability to represent everyone.

It said the Crown must act in a fair and even-handed manner towards Maori but it has effectively picked a winner by funding Tuhoronuku, to the exclusion of alternatives.

Mrs Harawira said with such a big iwi some opposition was to be expected, but most people support the current arrangement.

"What's 12 hapu against 225 hapu of Ngapuhi? They're like a drop in the ocean. Tuhoronuku has widened its representation and has taken on board the concerns of the different hapu and has got 22 members and all those hapu are represented."

Ngapuhi is the largest iwi in the country with 120,000 members, and negotiating a settlement is considered so important that National lists it as one of its 10 key objectives for boosting Northland's economy. 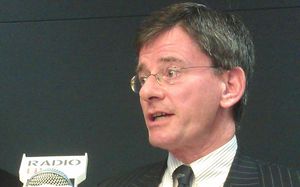 Treaty Negotiations Minister Chris Finlayson is adamant he will get a settlement with Ngapuhi, saying it is in the public interest to do so.

Mr Finlayson said the tribunal's ruling, while not an injunction, would cause some delay, and maybe the tribunal had not grasped what the Crown was trying to do. He said they had spent the last five years trying to work out who will negotiate with the Crown.

"I've been sending everyone in there to talk to Ngapuhi, apart from Pope Francis and Ban Ki-moon," he said.

"I've had Jim Bolger in, Tuku Morgan, Lord knows who else, and the consensus that was reached was that this was the body, certain conditions were imposed. If the tribunal thinks it can do better, well, let's have an inquiry."

Mr Finlayson said if Tuhoronuku failed to meet the conditions it had agreed to, then its mandate would be withdrawn.

Ngati Hine spokesperson Willow-Jean Prime said the hapu had been trying for years to get the Government to listen to their objections, and perhaps now it will.

"The tribunal has been one of our places of last resort given that the Crown has continued to ignore that significant and strong opposition from our hapu grouping, so we are really pleased with the decision."

The tribunal has asked for all parties to discuss possible dates for the hearing in the next few weeks.