Neigbours are describing a 16-year-old boy as a hero for helping a pregnant friend escape from a burning Christchurch house before dying in the flames. The police have named him as Corey James McLean. 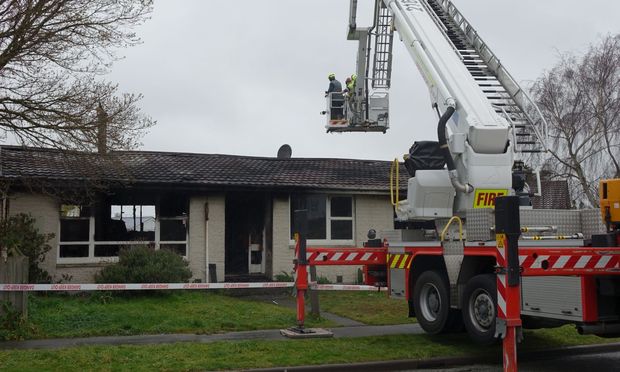 A fire service crew at the scene of the Parklands house fire in Christchurch. Photo: RNZ / Jemma Brackebush

Emergency services were called to the house in the suburb of Parklands just after 4am.

Neighbours said the flames were huge and that the house was gutted.

A friend and neighbour of the family, Julie Stechmann, said she awoke to explosions and screaming.

"Other neighbours thought it was gun shots that were going off because that's what it sounded like and I heard that and then I heard the screaming and that's what got me out of bed".

Ms Stechmann said a girl in the house told her daughter the boy got the pregnant friend, believed to be in her 20s, out of a window before he was trapped in the building.

"He was right behind her, got her out the window and then, yeah, he just didn't come out."

She said her friend, who lived in the house with her three teenage children, often fosters children and always helps people in need.

"Two daughters and a son and cousins... A lot of them end up being foster kids, and things like that. Wendy's really good, she takes in people and looks after them as much as she can."

Ms Stechmann said sisters of the boy waited until he was taken away in the hearse and the family were now at the hospital.

She said she was trying to get bedding and household items for the family through a Facebook page she had set up. 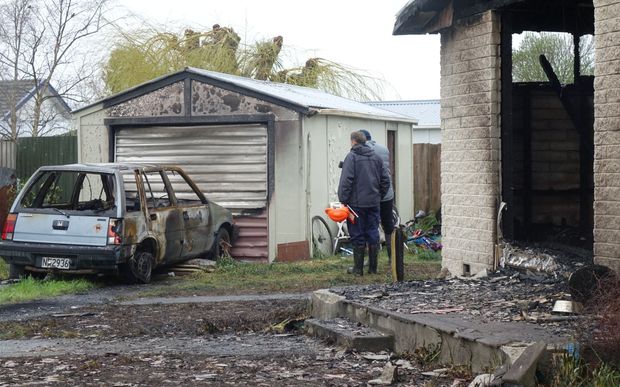 Neighbours have described the teenager killed in the fire as a hero. Photo: RNZ / Jemma Brackebush

Another neighbour, Jamie, said he was woken by his mother-in-law, who said there was a fire across the road.

He said the fire crew reported that one person had been found dead at the scene and that up to eight people were in the house, which was left a blackened shell.

Police say the others were treated for smoke inhalation at Christchurch Hospital and have been discharged.

An investigation into the fire is underway. 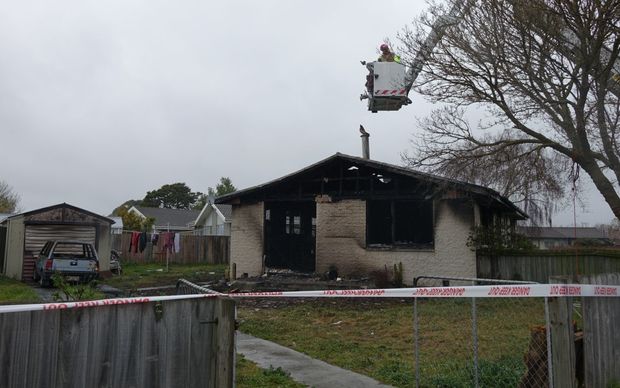 The fire service is investigating the blaze, after a call-out just after 4am this morning. Photo: RNZ / Jemma Brackebush