Three men have pleaded not guilty to the first people-trafficking charges to be laid in New Zealand. They were arrested last week in connection with the entry of Indian nationals. 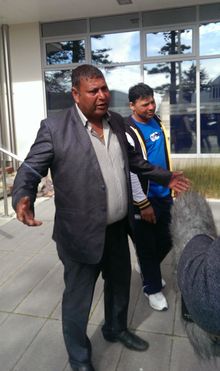 Jaswinder Singh Sangha and Satnam Singh were arrested in Motueka last week and have been charged with arranging by deception the entry of 18 Indian nationals into the country.

Mr Sangha has also been charged, along with a third man arrested in Auckland, under the Immigration Act in relation to false refugee claims they organised and lodged for the Indian nationals once they arrived in New Zealand.

One of their supporters told reporters outside the court today that the men are not guilty and there is no case to answer.